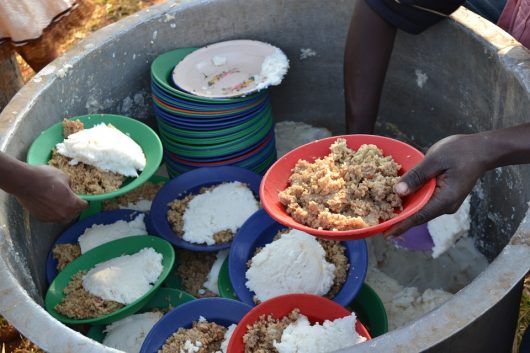 The plight of world hunger is nothing new. On average, one in eight individuals go hungry every day. Currently, about 795 million people suffer from chronic hunger.

This is especially critical in developing countries. There, food productivity and sustainability are just one amongst a plethora of other issues, including overpopulation, civil conflict and lack of education.

However, while the effects of hunger are not limited by race, religion or country, the answer to ending the world’s food shortage problem lies in many, perhaps unexpected places.

For instance, one such solution can be found in empowering women. Of the 600 million small farmers, herders and food providers in the world, half are women. However, this large fraction of food providers is hindered from producing adequate quotas due to cultural and gender boundaries.

Typically, women have less access to education, ownership of land or livestock. They also receive less credit than their male counterparts. As a result, half of the world’s food providers are unable or not producing nearly enough to sustain themselves, let alone the world’s population.

If these restrictions on female agriculturists decreased, however, according to the Food and Agriculture Organization of the United Nations (FAO) the number of hungry people in the world would drop 17%.

But programs such as Food for Training projects focus on educating food providers in developing nations. They can dramatically improve food production levels and encourage long term self-sustainability at very little cost.

Moreover, school meal projects also reduce hunger amongst children, who most heavily feel the effects of food shortages. In turn, the free or reduced meals schools provide encourage families to send their children to school, which supports education.

Lastly, a crucial part of reducing and eventually ending world hunger lies in ending global food waste. If the world were to reduce its food waste, a third of the world’s entire food supply would be saved, which is enough to feed 3 billion people.

Ultimately, this would result in a food surplus that could sustain entire countries. However, food recycling projects and campaigns such as Feedback, which focuses on saving leftover produce and creating nutritious meals from marketable food scraps, help reduce hunger. This provides thousands of people around the world with free, nutritious meals.

World hunger has reduced significantly since the 1990s; however, it has since leveled in 2010. Strategies such as food waste reduction campaigns, education and discouraging gender inequality can make significant dents in the fight to end this battle.