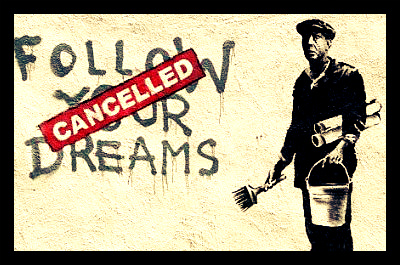 India is one of the fastest growing countries in the world. The country is starting to fulfill its immense potential; the land has been rich in resources and talent for years, and is just now reaping the benefits of promise. However, the country is still struggling on several fronts. One of the issues is the financial situation; the country in general needs assistance in the area. Sonata Finance is one of these programs that intend to assist in the area, and have had varying degrees of success.

Sonata Finance has set a mission for their work. Sonata has pledged to identify and motivate poor people in a cost-effective way and deliver them micro finance services in an honest, timely, and efficient manner. Sonata has vowed to improve the likelihood that poor people can find a way to grow along with the culture, and not be left behind in the economic boom experienced in India.

Sonata has four major ways they work within the country:

Sonata offers one basic loan product.  During the first cycle and on average, clients apply for a loan of a maximum Rs. 8,000 (the minimum amount is Rs. 2,000). During each cycle thereafter, the client has the option of applying for up to 120% of the previous loan amount.
The basic loan is repaid in equal weekly installments at “center meetings” held in the local communities. Prepayment of principal is possible but only if the client settles the entire balance of the principal outstanding.

This product will start being offered to clients during the course of the next fiscal year. The emergency loan is designed to meet events that could put the continuity or effectiveness of the income generating activity at risk. To be able to access an emergency loan, the client must present a good rating in terms of credit discipline. Like the basic loan, the emergency loan must be approved by all the associates in the group. The emergency loan will be granted for a term of 25 weeks with weekly payments and the maximum loan amount is Rs. 2,000.

Sonata Finance provides Individual Loan lending for individuals. Rest of the procedure is same as in group lending procedure.

Through these methods of money handling actions, Sonata Finance has attempted to break the financial barrier in India. By providing some kind of financial assurance for the people, they can keep up with the ever-changing economy that has been experienced in recent times.

Japan, one of the most industrialized nations on earth with the third largest economy in the world, ranks 105th of 136 countries in gender equality. Though many people in the developed world assume that nations with economic strength and geopolitical power automatically have a positive human rights record, the World Economic Forum’s Global Gender Gap Report places Japan just behind Cambodia for gender equality in 2013.

Not only is Japan’s gender inequality abysmal, it’s only worsened in recent years. According to the Gender Gap Index, Japan has slid from 94th place in 2010 to 98th in 2011, to 101st in 2012. Inequality within the political sphere is even more grim. With its mere eight female parliamentarians, Japan ranks 120th of 136 countries in terms of women in parliament.

In the business sphere, a report by the OECD found that the median salary of a working Japanese mother is 61 percent lower than that of a man in an equivalent situation. By comparison, among the 30 nations that provided similar data, the average discrepancy was 22 percent. Further, women comprise only 2 percent of business directors.

What accounts for such disparity? Japan’s gender inequality is primarily driven by economic factors. In terms of educational attainment, men and women are fairly even. However, the structural realities of the work force reduce women’s earning potential and drive women away from jobs.

First, Japanese companies are hugely disinclined to hire women who leave the work force for extended periods of time to care for their children. Thus, few Japanese mothers are able to rejoin the workforce with full-time work, and large numbers of women are left disenfranchised. The part time work that some mothers are able to find to rejoin the workforce come with low wages. The negative perception of alternative child care arrangements further drives this phenomenon. Japanese women who utilize child care services are looked down upon, and thus mothers leaving the workforce is incentivized.

Long business hours in Japan also exacerbate the issue. Both male and female workers are expected to work late–often remaining at their desks until 10pm–therefore, child care becomes a real issue. Because mothers are generally only able to find lower paid, part-time work, it makes more economic sense for the woman to stay home.

Japan’s legal system in part accounts for gender inequality as well. Gender discrimination laws have a number of gaps and are difficult to enforce. Further, as Yoshiyuki Takeuchi, professor of economics at the University of Osaka, explains “tax, pension, social security, and health insurance are based on the model of a four-person family with a working father and a stay-at-home mother.”

Some financial strategists have suggested that Japan could create eight million jobs by implementing measures that would move the country toward gender equality. With one of the lowest birth rates in the world and an aging population contributing to an ever-shrinking work force, Japan faces increasingly serious economic stagnation.

Thus, not only would boosting gender equality protect the rights of half of its citizens, it would also bring about tangible economic returns at a time when Japan needs it the most. 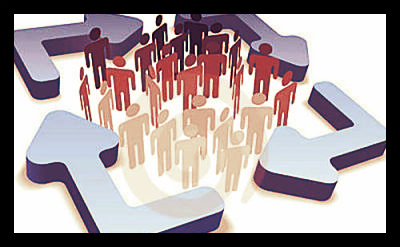 As with many concepts, it has a variety of definitions that focus on different aspects of its applications.  The Organisation for Economic Co-operation and Development (OECD), however, offers the simplest explanation, defining capacity development as the ability of people, organizations, and society as a whole to manage their own affairs successfully.

Capacity development evolved as an area of focus in the late 1990s. In particular, following the 2000 Millennium Declaration,  people began to realize that technology and money were not the only factors necessary to help developing countries.  An important human factor goes into aiding struggling countries: if development is to be sustained, it must engage the local professionals and organizations, both governmental and non-governmental.  In other words, capacity development describes the effort needed to ensure that a given society will be able to set and work towards its own development goals (whatever they may be).

Today, this concept is so important that it is a main area of focus for the United Nations Development Programme (UNDP).  Their capacity development group offers assistance to governments, independent institutions at the national and regional level, civil organizations, and more, through a variety of initiatives. They provide policy advice based on direct experience and extensive research; they work as resource teams to train leaders; and they provide ‘technical support’ in developing systems to assess, execute and measure change in capacity over time.

The UNDP works in countries all over the world to promote capacity development.  Their projects have ranged in scope from helping rebuild kindergartens in a devastated town in Uzbekistan to encouraging a a town government and local residents in Moldova to work together to improve basic services like garbage collection. Whatever the situation, the UNDP ensures the growth of capacity development by focusing on enabling the individual, organization and society to set, work towards and meet their own development objectives. 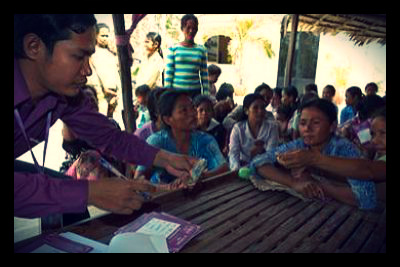 Angkor Mikroheranhvatho (Kampuchea) Co. Ltd. (AMK) began as a part of Concern Worldwide; their initial work was with savings and credit in Cambodia. From the years of 1997 – 1998, this area of work was separated from their broad-spectrum focus in regards to community development programs.

The vision of this branch of the organization was long-term, a Cambodian society in which citizens would have “equal and sufficient economic and social opportunities to improve their standard of living, and where they could positively contribute to the overall development of the country.”

The section had grown significantly by the year 1999, having accumulated a value of about KHR 1,000 million (US $250,000). With this success in mind, Concern Worldwide began the process of making this division an independent legal entity.

In 2001, the name of the organization was set to Thaneakea Ponleu Thmey (TPT) and became an officially recognized Cambodian Microfinance Institution (MFI). As things progressed from 2002 to 2003, the organization finally gained its current title – AMK. It was now independent from Concern Worldwide.

Over the years, AMK has built itself up to be a highly successful organization with a large amount of growth and stability. AMK even weathered the global financial crisis of 2008. It is currently regarded as one of the leading financial institutions in Cambodia.

The staff of AMK keeps ethics high on the priority list. Their Code of Practice includes the following: inclusion of the poor, transparency and honesty in transactions, ethical and respectful behavior, avoidance of over-indebtedness, freedom of choice, reasonable and collaborative collection practices, accessible complaint and problem resolutions, and privacy of client data.

At this moment, AMK provides credit to over 250,000 Cambodian customers (over 2 percent of the entire population and 9 percent of the households in Cambodia). This large number gives AMK Cambodia the ability to exercise great influence over financial inclusion in the country.

Other information regarding the organization’s successes and current assets can be found at AMK Cambodia’s Highlights.