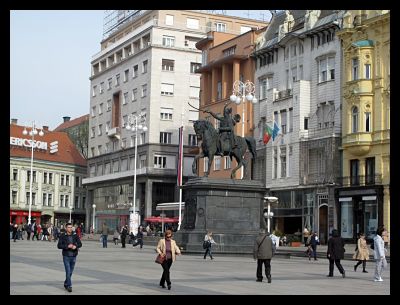 For the past six years Croatia has been struggling to pull itself out of a severe economic downturn, one of the worst in the EU. The country’s unemployment rate stands at close to 20 percent, the average salary is just $852 a month and the country’s credit rating is below investment grade. Economic growth for 2015 is expected to be less than one percent.

In an effort to combat the crisis, the government has instituted a new program, known as “Fresh Start,” cancelling the debts of the country’s poor. The program is available to all Croatians who live below the poverty line of $138 a month and do not owe more than $5,100 in debt. In total it is estimated that 60,000 Croats can expect debt relief, and 20,000 have already applied.

The government hopes and argues that by cancelling the debt of its poorest citizens it will alleviate poverty and boost the country’s economy. Without the burden of debt repayments draining peoples’ finances, supporters of the program argue that it will enable the poor to spend more on basic necessities and that this increase in spending will help to pull the country out of the recession.

But the program is not without critics. Some argue that it will make little difference in the long run and that beneficiaries will simply end up back in debt with very high premiums, assuming they can secure new loans at all. Other critics argue that the program is a short term solution that fails to tackle long term problems contributing to the recession and fails to create jobs or provide other means to lift people out of poverty.

Then there are other critics who argue that the program does not go far enough as it fails to help those who owe more than $5,100 or earn more than $138 a month. Many applicants have been turned away for owing too much money. Many others who earn too much to qualify still live in poverty and struggle with financial hardships caused by the burden of repaying debt to creditors.

Many critics also see this as an effort by the government to win votes in the upcoming elections set for later this year. But whatever the motivations behind Fresh Start, the real question is whether it will work. The government was successful at convincing the country’s top private and public sector creditors to agree to the program, which is expected to wipe out one to seven percent of Croatians’ debts. This in turn is expected to free close to 20 percent of Croatian debtors.

There is an ongoing debate about both the effectiveness and morality of debt relief. There are numerous organizations lobbying for debt relief to the poor both at home and abroad and numerous other groups opposed to it. But in Croatia, the idea is now being put to the test. 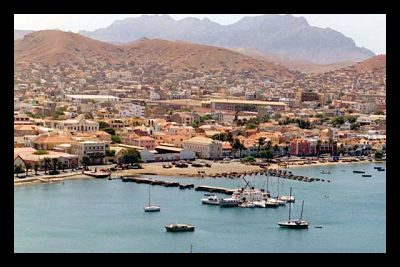 Two separate grant agreements between Seychelles and the European Union were signed on December 10. The two agreements will provide as much as $6.4 million in order to help foster sustainable development and fight the effects of climate change in the archipelago nation.

The two agreements come on the heels of warnings from both the UN and the World Bank Group about the potential of climate change to exacerbate poverty in coastal communities. Seychelles’ economy—dependent chiefly upon tourism and tuna hauls—is particularly vulnerable to effects of climate change.

Recently, Seychelles has become something of a regional leader in the fight for sustainable development. Seychelles has already reached the majority of the UN Millennium Development Goals, and is now advocating the adoption of “blue economy” principles, which emphasize the protection of maritime resources and the economic potential of the Indian Ocean’s fishing, shipping, energy and tourism sectors.

Seychelles Foreign Affairs Minister John-Paul Adam believes that the development of the blue economy could allow the Indian Ocean to become a hub of sustainable ocean management and resiliency in the face of a changing climate. Adam, speaking at the 38th annual ministerial meeting of the G77 plus China, said, “The blue economy provides a blank canvas to many developing countries to charter a completely new sustainable development pathway that is to their best interest.”

In a press statement at the same meeting, Adam called for cooperation amongst southern hemisphere nations in science and technology in order to bolster blue economy sectors. Seychelles is also doing its part in building regional cooperation, strengthening bilateral ties with Fiji in the fisheries sector.

Seychelles’ efforts to sustain development and mitigate the compounding effect of climate change on poverty exemplify the kind of regional leadership that will be necessary in meeting the UN Sustainable Development Goals. Similarly, the EU grants will need to be replicated by wealthy nations in order to provide developing nations with the financial resources necessary to not only continue developing, but to do so in a sustainable and climate-conscious way.