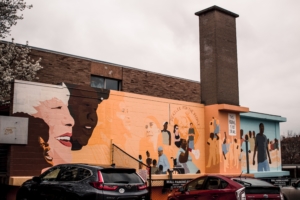 Recidivism is the repeat of criminal activity which often leads the offender back to prison. It is one of the many flaws of today’s prison system because it is costly from both a monetary and social standpoint. Reducing recidivism reconciles the life of those formerly incarcerated as well as their families. When people have something to work toward, it gives them purpose. Despite the challenges that many people face when exiting prison and reestablishing their lives, the restaurant industry might be the answer to eradicating recidivism.

On a larger scale, when crime rates reduce, the overall well-being of the community that experiences that reduction improves. The tax dollars that governments spend on the incarceration process could go toward improving the quality of life in many communities that contain high recidivism rates through improving schooling systems or building more green areas in cities. Substance abuse treatment, education and employment services and education are two of the most successful recidivism reduction strategies that are currently undergoing implementation in several countries. For example, reports have stated that providing education in prisons can reduce recidivism by 29%. These strategies would be beneficial on a global basis with proper standards. One form of employment opportunity that has shown success is the operation of a restaurant. The restaurant industry might be the answer to eradicating recidivism.

The Areas That Need Reform

Prison systems today alienate the incarcerated from society. Post incarceration policies are barriers to reducing recidivism. Some of these include challenges for former inmates when they seek employment as well as the fact that they oftentimes do not have a driver’s license or voting rights. These policies are not harmful at the surface level but they have long-term debilitating effects on inmates’ lives when they leave prison.

Obtaining an educational degree is necessary in most cases when seeking employment. However, when individuals leave prison, it is nearly impossible for them to obtain a degree mostly due to their inability to afford tuition. Additionally, lenders frequently deny ex-offenders loans and they often cannot obtain licenses in human services fields such as social work or health care.

The suspension of a driver’s license from the time of conviction makes for a nearly impossible reapplication process. No driver’s license translates to an inability to drive to job interviews, provide child care or attend necessary probation or doctor appointments. Public transportation is an option, but that is often unreliable. Meanwhile, revoking the right to vote excludes ex-offenders from the opportunity to have a voice in policy, many of which affect them directly. This is a strip of humanity and leads to further alienation of ex-offenders. The restaurant industry might be the answer to eradicating recidivism by implementing more employment opportunity programs in prisons.

One restaurant named InGalera is changing the lives of prisoners of Bollate prison located in Milan, Italy. InGalera was the result of a collaboration of companies and organizations with one goal in mind: set prisoners up for success when they return home. The restaurant began in 2012 as a small project that had the motto “From the jail to the city: the social restaurant, a business model.” InGalera is now a fully functioning restaurant where the only non-inmates are the head chef and head waiter.

The restaurant is accommodating to any dietary restriction such as gluten allergies or veganism. Additionally, it makes a special children’s menu per request. The in-house bathroom has a ramp to accommodate people with disabilities. These are more accommodations than what most restaurants provide. This shows the dedication the restaurant owners have to ensure the success of both the restaurant and the inmates. The inmates receive salaries, and although they cannot keep the money for themselves, they can transfer it to their families. Recidivism is 10% less likely for the inmates of the Bollate prison.

Brigade is a restaurant located in London with a similar mode of operation. The restaurant trains and employs people who are currently homeless or are just struggling to gain social mobility due to a lack of resources and support. Brigade has trained more than 6,000 people and employed more than 1,000. The restaurant works with The Beyond Food Foundation to ensure a continuation of the success. This is another example of how valuable employment opportunities are. Re-entry into the world whether it is from prison or after struggling to make ends meet is doable when you have work experience which leads to a path of success.

How Reducing Recidivism is Beneficial for Everybody

Recidivism affects where individuals choose to live, where taxpayer dollars go, the quality of children’s schools, the cost of living in communities and so much more. Working to eradicate recidivism could benefit all sectors of society.

The current prison systems around the world are making it nearly impossible for ex-offenders to thrive in society once released. There is an extreme lack of access to institutions to aid them in staying away from crime and being active citizens. Additionally, the system frequently puts a permanent label of convict onto each offender. The more people that experience alienation from contributing to society translates to increasing poverty levels. In fact, homelessness rates increase when ex-offenders cannot afford housing. Additionally, workforce participation rates plummet when jobs are unattainable. Increased numbers of children in the welfare system are a result of ex-offenders not being able to provide for their families. If the current system in place does not change for the better, poverty rates may not either.

In order to work toward eradicating recidivism, the programs in prisons need to be attainable to inmates of all backgrounds. Regardless of whether someone was an inmate or not, it is nearly impossible to uphold a stable life without secure mental health so it is important to aid inmates in every possible way. The restaurant industry might be the answer to eradicating recidivism because it serves a universally loved good and if made accessible, the operation tends to a variety of skill levels. Prisons should aim to help set inmates up for a successful life outside of prison instead of prisons strictly holding and punishing them.