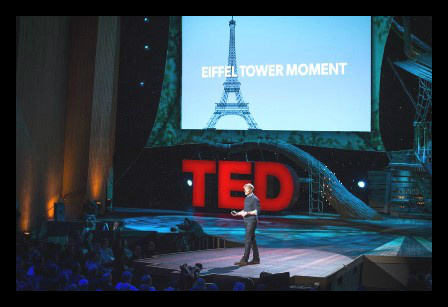 At the TED Conference 2013, architect Michael Green argues that wood architecture is better than steel and concrete when it comes to protecting the environment. Tall buildings are made of steel and concrete and the greenhouse gas emission of these materials is huge (three percent of the world’s energy goes into making steel, and 5 percent goes into making concrete). Green notes that most people think transportation is the main cause of CO2 emissions, but actually it is building — accounting for 47 percent of CO2 emissions.

Current building codes only allow wood buildings to be four stories high, and Green wants to change this. He proposes we use wood architecture and build skyscrapers out of wood. Trees store carbon dioxide, and by building with it, says Green, we could sequester the carbon. Building with one cubic meter of wood, he claims, stores one ton of CO2.

An obvious question that people ask about his system is deforestation. To this, he insists there are sustainable forestry practices, and says that enough wood is grown in North America every 13 minutes for a 20-story building. 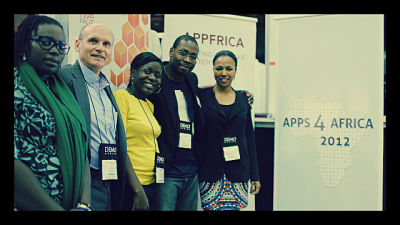 Two days ago, Apps4Africa announced the winners of its 2012 competition for innovative technological solutions to current African problems. Does this mean Tech Entrepreneurs are the Future of Africa?

300 submissions were narrowed down to the best three: Ffene, a business management app from Uganda; SliceBiz, a crowdsourcing program from Ghana which encourages investing small amounts into high growth start-up businesses; and Prowork, a project management tool for businesses.

As the globalization of technology becomes even more widespread, African entrepreneurs are using technology and online services to solve basic and complex problems within their community. In countries that face stark problems meeting basic needs, this type of entrepreneurship is critical in becoming self-sustaining.

However, one of the largest obstacles within many communities is that the culture of entrepreneurship is just beginning. The big problem many young entrepreneurs are facing is that investors find this upstart mentality too risky or time-consuming to devote a lot of time or money into it.

While the ideas for new technological solutions and start-up businesses are sprouting up in more and more African communities and tech entrepreneurs are becoming more and more valuable to national economies, one of the most highly needed commodities is mentoring. 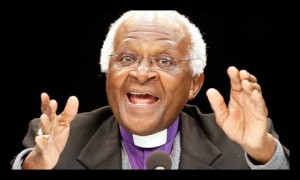 In 2007, 22 young Africans, emerging leaders in the community, business, and government sectors, were selected to participate in the Archbishop Tutu Leadership Fellowship Programme in Johannesburg. Implemented by the African Leadership Institute, the objective of the yearlong program was to develop the next generation of leaders in Africa.

Gbenga Sesan of Lagos, one of the 22 Tutu Fellows, was inspired to launch an employment and training program aimed at helping his fellow Nigerians secure full-time jobs. His project works to provide IT, entrepreneurial and communication skills to unemployed but highly-skilled Nigerians. Since Sesan completed the fellowship program in 2007, he has been able to help 13,000 Nigerians find work in a country where 90% of graduates are unable to find full-time employment.

Another Tutu Fellow, Tracey Webster, had left her banking career in London to found a charity that would care for forgotten children. By the time she left the charity to run the Branson’s Centre for Entrepreneurship in South Africa, 22,000 children were being fed, clothed and educated. Webster now works with the government and through micro-entrepreneurship to create jobs and make it easier for young South Africans to start their own ventures.

In the fellowship program, Webster was taught that leadership was “understanding what needs to change for our dreams to come true, and then influencing the right people and working in partnership to get the job done.”

Established in 2003, the African Leadership Institute was founded on the importance of good leadership and governance and focused on nurturing leadership talents in high potential Africans. The course places much focus on social entrepreneurship, ethical business, and the importance of business as a force for social change. One of the core teachings of the program is the philosophy of “ubuntu,” which Archbishop Desmond Tutu explains means “interconnectedness.” Tutu says that at the center of “ubuntu” is the idea that “you are connected and what you do affects the whole world.”

At the core of the fellowship program are a social enterprise and the objective of finding internal solutions and a more sustainable Africa that can develop itself free from foreign aid and philanthropy.

As the recent rape and death of a young medical student in India have highlighted, the state of the safety and public health of women in the country are tenuous at best.  While there are a minority of women who can afford to have their own cars, usually with chauffeurs to drive them, most Indian women who live in the nation’s capital of New Delhi are subject to the public transportation system of the city, which is comprised of an army of rickshaws, taxis, buses, and trains, none of which can protect them from the harassment from or assaults by disrespectful men.

However, a local non-profit called Sakha Consulting Wing is trying to counter this particular hardship that Indian women face by creating a taxi service that is completely catered to and serviced by women called Cabs for Women by Women. The program has existed since before the December rape but following the event, the service’s business has greatly increased as more women fear for their safety in public.

“Women who used other cab services are also turning to us,” driver Shanti Sharma tells Rhitu Chatterjee of PRI’s The World.

Composed of eight women drivers and seven taxis, the service acts not only as protection for its customers but as empowerment for its drivers.

“Ever since I started doing this job, I feel like I’ve reached my destination. I don’t want to change jobs anymore,” says Shanti.

Well-paid, this is the first time that Shanti, a single parent, has enough regular income to support her three children, and she is proud of that.

Life for female cabbies in New Delhi is still not a walk in the park though. Ridiculously outnumbered by male counterparts and mostly male drivers on the road in general, Shanti has experienced harassment while doing her job in the form of feeling alienated by other cab drivers in the city and having strangers dangerously cut her off and honk at her.

According to Shanti, “The only way to change the attitude of the men…is to have more women driving.”

While this is not untrue, the harassment of Indian women throughout the country is a systemic issue that will take broad strokes against the patriarchy, so firmly entrenched in much of Indian society, to end. This is the situation that women face not only in India but in much of the world today.

As the 2015 deadline to the UN’s Millennium Development Goals looms closer, with less than 1000 days to go, notes United Nations Secretary-General Ban Ki-Moon at the African Union Summit, one can only hope that the goal of achieving global gender equality will one day be met.

As they say: the sooner, the better.