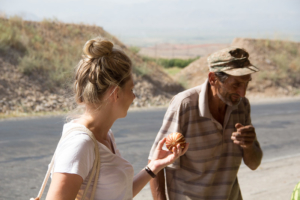 Energy security in Armenia is a serious problem; the country experienced harshly cold and dark years in the early 1990s. It was a time when the newly independent Republic of Armenia experienced an incredibly severe energy shortage. The population only had access to electricity two hours a day, and even hospitals went without heat. The lack of internal energy sources, regional conflict in the Caucuses and the collapse of the Soviet Union contributed to the crisis. Though the country recovered, it has never forgotten the importance of energy security in Armenia.

Today, Armenia depends on the external energy sources it imports from other nations. Having no known internal oil or natural gas sources of its own, these imports satisfy 75% of the country’s energy demand. In 2019, Armenia had a total natural gas energy supply of 89,423 terajoules, a nuclear energy supply of 26,967 TJ and a hydroelectric supply of 8,535 TJ.

Armenia sources its oil from Iran, Georgia, Europe and Russia. The natural gas largely comes from Russia via Georgia. The company Gazprom Armenia holds a monopoly on the imports and distribution of natural gas in Armenia. Gazprom Armenia is a subsidiary of the state-owned Russian gas giant Gazprom, the largest natural gas company in the world.

Because of its heavy dependence on imports and Gazprom Armenia’s monopoly, Armenia experiences price shocks that drive up the cost of energy for its population of nearly 3 million people. This dependence also puts Armenia in a weak position during price negotiations with Gazprom. When the government and the company cannot come to an agreement, it is the people who go without heat and power. The government-owned Metsamor nuclear power plant generates electricity within Armenia. However, Russia is also the country’s main supplier of nuclear fuel, so Armenia is still dependent on Russia.

Lighting the Way to Energy Security

Additionally, in 2022, the government plans to implement amendments associated with the 2017 Law on Energy. This should liberalize the energy market, which in turn will increase competition between electrical suppliers. Ideally, it will break the monopoly held by Electric Networks of Armenia. The company currently has full control over the nation’s electrical distribution driving up prices for consumers.

With a solar energy flow of 1,720 kilowatt-hours per square meter, Armenia has a higher solar energy potential than most countries. To optimize this, the Armenian government wants to focus on the construction of new solar plants. By 2030, the goal is for solar power generation to have a minimum 15% share of the country’s capacity, at 1.8 billion kilowatt-hours. To achieve its desired level of energy security in Armenia, however, the government also recognizes the need to improve its use of geothermal energy. The country has a 150-megawatt potential regarding geothermal energy, only a fraction of which it is tapping into.

The government is not the only one taking action to strengthen energy security in Armenia. In 2017, Shen NGO and the Geghamasar cooperative constructed a greenhouse and a biogas facility. These have been producing food and heat respectively for the community of Geghamasar during each winter since. They manufacture the biogas from manure, and when they are not heating the greenhouse, the biogas facility generates electricity. Both it and the greenhouse created jobs in Geghamasar in addition to inspiring other communities to build similar installations.

Power to the People

As of 2019, 12.3% of Armenians lived on less than $5.50 a day. Many cannot afford the current cost of energy, much less the rises in prices imposed by monopolies. Those who cannot pay go without heat and power because there is no alternative source of energy they can rely on. Energy security in Armenia is a necessity to consistently meet the needs of the people. However, thankfully, the country is working on becoming less dependent on external energy resources and diversifying its energy grid.