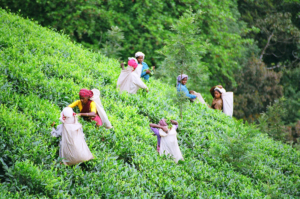 Endosulfan is a pesticide developed in 1954. People extensively used it in farming with high consumption in the 1980s and 1990s. Later, it was highly toxic to human health and the environment. It poisoned entire populations of useful and necessary insects. The Endosulfan tragedy also caused many ailments. These ailments included skin irritations, destruction of nerve tissues and reproductive and developmental damage in human beings and animals.

For over 20 years, cashew plantations in Kasargod district in Kerala used Endosulfan as a pesticide. Tea plantations, paddy and fruit orchards in other areas of Kerala also used this pesticide administered via aerial spraying or manual pumps. Prone to long-range atmospheric transport, Endosulfan linked to serious health disorders in the citizens residing in these areas. In 2001, tests carried out by the Centre for Science and Environment in Padre village in Kasargod confirmed the deadly effects of the pesticide.

In Kasargod’s Padre Village, residents reported that aerial spraying of Endosulfan in the cashew plantations began as early as 1976. A few years later, there were reports of calves being born with deformed limbs. Frogs, fishes, bee colonies, fireflies and jackals vanished from these areas. Many local children and a large number of people below the age of 25 were suffering from severe disorders. Families who lived along the Kodenkiri stream and its smaller tributaries endured the most. Protests and efforts mobilized by residents helped throw light on these troubles. However, it took many years for officials to fully address the dangers of the pesticide.

The Mango Orchards of Muthalamada Panchayat

Additionally, in Palakkad’s Muthalamada Panchayat, Endosulfan was used extensively in mango farms. Here too there were reports of animals giving birth to offspring with deformities, and residents witnessed the death of monkeys, reptiles and thousands of butterflies each day. A 2014 survey identified over 150 Endosulfan victims in Muthalamada, of which 40% suffer from chronic conditions. Even by May 2018, victims in Muthalamada who had been promised benefits, scientific studies and full-scale surveys to properly assess conditions in the area reported neglect.

The Ban of Endosulfan

The Kerala Government banned the use of Endosulfan in 2005. However, neighboring States still used them. In 2011, the seventh meeting of the Stockholm Convention on Persistent Organic Pollutants (POP’s) placed a global ban on the manufacture and use of Endosulfan. In the same year, the Supreme Court of India banned the use, manufacture and distribution of the pesticide. A Supreme Court-appointed panel recommended phasing out the use of Endosulfan across a period of two years to avoid the high cost of incinerating.

Furthermore, in 2017, the Supreme Court of India directed the Kerala Government to pay Rupees 500 Crores to over 5,000 victims of the Endosulfan tragedy. It also directed it to set up a medical facility to treat ailments resulting from exposure to Endosulfan. Relief and remediation plans focus on health, socio-economic welfare, rehabilitation and empowerment as well as a periodic assessment of environmental effects.

Overall, people favored Endosulfan for its low cost and effectiveness. Even after the ban of the pesticide, there were reports in 2013 that farms and plantations in Kerala still used Endosulfan. The tragic effects of the Endosulfan tragedy emphasize the importance of safeguarding the environment. It also emphasizes how strict regulations are crucial to deter the use of harmful pesticides.