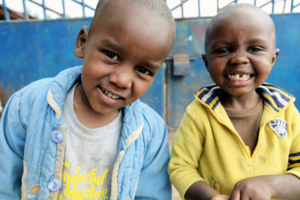 AIDS (acquired immunodeficiency syndrome) is a highly stigmatized disease. Throughout history, the AIDS epidemic has brought on severe discrimination toward individuals on the basis of race, sexual orientation and socioeconomic status. The epidemic started in the 1980s, and upon arrival, it spread rapidly through marginalized communities – primarily prostitutes, drug addicts and homosexuals. AIDS is defined as the last stage of HIV (human immunodeficiency virus). AIDS and HIV are classified as STDs (sexually transmitted diseases); they are highly contagious and can cause severe flu-like symptoms. After acquiring HIV/AIDS, some expensive treatment options range from therapy to surgery to prescription drugs, however, there are currently no effective vaccines for the disease. Despite these complications, ending AIDS in Africa is a global goal.

Background of the AIDS Epidemic

The history of AIDS is controversial and incomplete. There are wide-ranging speculations regarding the origin of the virus in humans, but these are far from confirmed. In America, the AIDS crisis is commonly reported as beginning in the 1980s. The first cases, however, are believed to have occurred almost a decade earlier.

In Africa, AIDS is said to have spread to humans from chimpanzees in the early 1900s. The AIDS epidemic began on the continent in the 1970s, with the first cases being reported in the 1960s. Kinasha, Congo is commonly cited as the birthplace of the epidemic in Africa. A Cameroon traveler is said to have brought the virus to the city and from there, it began to spread rapidly. Within the next decade, AIDS reached the eastern and western parts of Africa. Coupled with diseases like tuberculosis, malaria, sarcoma, meningitis and pneumonia, Africa as a whole was nowhere near ready to deal with a new deadly disease.

The most recent update on the AIDS epidemic in Africa was in 2020. According to UNAIDS, there were 150,000 AIDS-related deaths in the region and 200,000 people were infected with HIV. Every week more than 1,000 adolescent girls and young women become infected with HIV in the region and 1.2 million people in western and central Africa are still waiting to initiate life-saving HIV treatment. Only 35% of children living with HIV in western and central Africa are being treated. Taking a step further, on a global scale, SOS Children’s Villages reports two-thirds of all HIV-infected people worldwide are Africans, which has resulted in significant social and economic consequences.

The Correlation Between AIDS and Poverty

The spread of AIDS and poverty in Africa are closely related; poverty is both the cause and effect of the disease. Due to the high poverty rate in Africa, sanitation and health care facilities are rare. Women are often restricted to the household and remained uneducated about STDs. There is also a high ratio of men in urban areas, widespread labor migration and sex workers – all contributing factors to the spread of AIDS. Overall, AIDS forces families to be ostracized from society and causes unemployment. Without a steady income or assistance from neighbors, entire families – even with only one case of AIDS – fall into poverty. Often, a family with an individual that contracts AIDS finds themselves both out of society and out of a job.

Since its arrival, the HIV/AIDS virus has targeted impoverished urban areas. Factors such as poor income levels and food insufficiency are coupled with transactional sex, which is correlated with the contraction of AIDS. Impoverished individuals are more likely to contract AIDS and because the disease is so highly stigmatized, these affected individuals become disadvantaged when looking for economic opportunities. The virus has perpetuated a cycle of poverty – one that desperately needs to be broken.

The Fight Against AIDS

Despite numerous obstacles, the U.N. and a multitude of nonprofit organizations remain committed to constricting the spread of HIV/AIDS. Recently, a U.N. Millennium Development Goal was created to end the AIDS epidemic worldwide by 2030. So far, the U.N. has stayed true to its word – the number of AIDS deaths in sub-Saharan Africa has declined by roughly 35% in recent years due to proper diagnosis and life-saving therapeutic treatments carried out by experienced U.N. physicians.

The Future of AIDS in Africa

Ending AIDS in Africa is a daunting task, however, the steps taken by leaders around the world have helped in diminishing the presence of the fatal disease. Due to the high correlation between poverty and AIDS, it is imperative that nations and organizations across the world come together to enact poverty-related reform. Through proper funding, the governments of Africa could establish proper health care facilities and set up economic and educational programs. AIDS may not have a vaccine, but there are solutions so long as international organizations remain committed to preventing its spread.