Archive for category: Education in Turkey 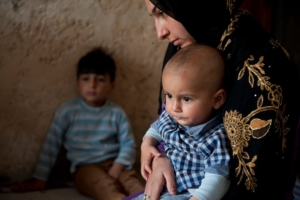 In 2003, the Turkish government enacted a Conditional Cash Transfer for Education (CCTE) Program that included bi-monthly cash transfers that beneficiaries receive with the stipulation that the family’s children have at least an 80% attendance rate in school. However, the Turkish Government has modified its educational program in order to address a wide array of issues throughout multiple decades. For example, the Turkish Government expanded the Cash Transfer Program for Education to include refugees as beneficiaries after the Syrian Refugee Crisis. Turkey utilized these transfer payments to combat the low schooling rates of Syrian refugees living in Turkey, with only 60% of Syrian refugee children attending school. By utilizing cash-based transfer payments, the Turkish government has incentivized education among groups that are traditionally most at risk to drop out.

The Turkish government originally enacted the Conditional Cash Transfer for Education Program in order to assist “vulnerable families living in Turkey.” The average beneficiary in 2003 received payments per-child in Turkish Lira that are equal to approximately $48 in 2022. Although the original program did not change overall dropout rates, it was successful in increasing school enrollment.

In 2017, the program expanded to alleviate growing concerns regarding the safety and health care of refugees in Turkey, of which the vast majority are Syrian-born. As a result of EU, Norwegian and U.S. aid, UNICEF helped Turkey expand its CCTE program to include over 695,000 refugee children attending school in Turkey. Currently, 3.7 million Syrian refugees reside in Turkey, 98% of them living outside the camps.

On top of cash transfers, the enhanced version of CCTE includes a “child protection component,” according to the American Institutes for Research (AIR) report. This should provide outreach support teams to families that have children at risk of dropping out or becoming chronically absent. AIR reports found that Turkish provinces with outreach support teams experienced higher rates of school attendance from 2017-2020. However, there were many areas in which outreach support teams were also understaffed and under-resourced.

During the COVID-19 pandemic, the CCTE not only stayed operational, but also enhanced its programs with additional COVID-related funding. EU funding during COVID-19 has expanded the program to include single payments enacted to help offset pandemic related costs. EU provided €4.5 million to the CCTE budget, with one-time payments given to over half a million beneficiaries, according to Global Compact on Refugees.

Strategies utilized in Turkey’s CCTE method of cash transfer payments have been utilized in other areas of the world with equally successful outcomes. For example, Brazil’s Bolsa Família program is a cash transfer program in which beneficiaries are required to attend school and receive regular health check-ups. Originally enacted in 2003, the Brazilian government adopted the Bolsa Família program in order to ensure that pandemic school closures do not cause school dropout and child labor rates to rise.

The CCTE assisted in funding education for almost 1 million refugee children in Turkey. Outreach social worker teams have assisted over 100,000 children in order to ensure that they stay in school and any get care that they might need, according to Global Compact on Refugees. However, the CCTE is completely funded by external support in the form of international aid. Although the Turkish education system has successfully educated almost a million refugee children, the future of CCTE and many programs like it rely on aid from the international community.