Archive for category: Education in Niger 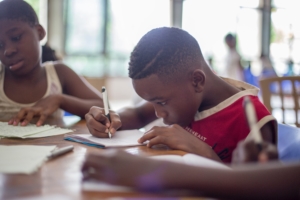 The country of Niger has been fighting a war against poverty for years. In 2021, the United Nations named Niger the least developed country in the world, with 42.9% of its population earning less than $1.90 per day. As the country’s economic state has worsened, so has its education system. Children are unable to learn due to financial disparities and geographical disadvantages and are not receiving the level of education and social interaction that they need. Here are five facts about the realities of education in Niger.

5 Facts about Education in Niger

UNICEF continues to advocate for more accountability of Niger’s government, urging them to allocate more funds toward education. In July 2020, the Global Partnership for Education donated $70,000 to Niger to help it recover from the pandemic, which will go toward drawing up a plan to rebuild and redefine education in Niger. Organizations around the world are acknowledging the disparities in Niger’s education system and are working to provide a stronger foundation for students.