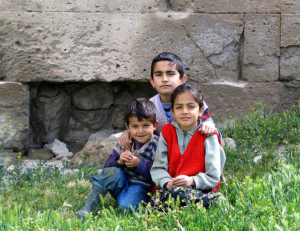 The relationship between the United States and Turkey began in 1831 when the country was still the Ottoman Empire. Turkey is a member of the North Atlantic Treaty Organization (NATO) and one can best describe the U.S.-Turkey relationship as diplomatic. While the United States only had $220 million in obligations to the Western Asian country in 2020, more economic development aid to Turkey could help alleviate poverty and an ongoing economic crisis.

In 2019, the World Bank reported that 0.4% of Turkish citizens lived in poverty. In a country of 84 million people, that equates to 336,000 impoverished people.

With the unemployment rate also comes low wages, which factors into poverty. In 2018, the average wage stood at about 4,000 Turkish lira (about $220). But, the cost of living in Turkey jumped nearly 70% in April 2022, according to the BBC. To try and counteract that, the Turkish government has raised the minimum wage to 5,500 lira a month, but citizens say rent alone equates to “3,000-4,000 Turkish liras.”

The majority of foreign aid to Turkey from the United States comes from the U.S. Department of State, largely going toward humanitarian aid. The Department of Defense gave Turkey $28.43 million in 2020 for “conflict, peace and security” programs. However, Turkey only received about $2.8 million through the Trade and Development Agency for economic development.

Trade and the Economic Crisis

Money for economic development from the Trade and Development Agency involves creating economic opportunities by exporting goods from the United States for development projects. This is beneficial to the United States as the money is invested in the Turkish economy through products produced domestically. In turn, that investment is returned through the continued trade partnership of U.S. goods.

Despite a GDP increase of 0.9% in 2019, Turkey is facing an economic spiral. The value of its currency, the Turkish lira, has endured instability since 2018. Outstanding circumstances like the pandemic and economic sanctions have created a perfect storm of financial woes for the country, along with rampant inflation.

In November 2021, the value of the lira dropped sharply by 30%, triggering another wave of panic in the country. In 2022, the war between Russia and Ukraine exacerbated these financial circumstances, with Turkey seeing inflation rise more than 70% this year.

The United States can help alleviate poverty and the ongoing economic crisis via increased foreign aid to Turkey, especially through economic development. Expanding programs through the Trade and Development Agency would be one instrumental way to facilitate change in Turkey. Additionally, increasing economic development aid to Turkey could greatly aid the stability of the country until the lira crisis resolves.