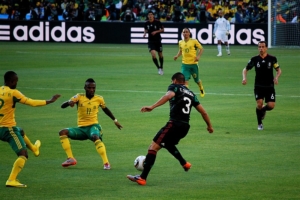 The connection between poverty and domestic violence is clear: Women from low-income backgrounds face increased vulnerability to abuse. They also struggle with barriers preventing them from escaping violence. Coming from a socioeconomically deprived household increases the likelihood of women suffering domestic abuse by three and a half times.

Studies in Great Britain also increasingly show the correlation between football (soccer) and alcohol-based intimate partner violence. During global football tournaments, existing abusive tendencies can be triggered.  This creates an environment where alcohol-related crime can surge. Economic status again comes into play here, with crimes involving alcohol being most prevalent among poorer communities.

The recognition of economic aspects of abuse is integral to tackling poverty and domestic violence at its core. Economic abuse is the legally recognized term referring to one partner being controlled and abused by the other who has power in terms of money, finances and items that a person’s money can buy. Those who suffer from economic abuse are five times more likely to face physical violence than those who do not. Without access to the funds needed to leave, economic abuse victims stay in a relationship longer and face more harm.

The damaging effects of the United Kingdom’s austerity measures have also disproportionately impacted women. They have seen both their rights and economic security weakened by austerity cuts. Reduction of public service funding, universal credit and benefit cuts are just some of the factors contributing to alarming statistics. Studies show that women are unfairly impacted, often as second earners or unpaid caregivers. Further, women are more dependent on welfare and benefit schemes than men.

Research found that England’s match losses in previous World Cup tournaments increased incidents of domestic violence by up to 38%. While domestic violence organizations do not deem the matches to be a cause of abuse, they acknowledge the potential for reactions to football matches to aggravate existing patterns. The relationship is complex, with numerous factors involved, and alcohol is likely to be a key component in this, due to the strong presence of alcohol in football culture. It follows that the combination of football culture and alcohol consumption poses a serious risk factor in gender-based violence. Finally, research demonstrates that lower socioeconomic status has an association with an increased tendency towards alcohol-related violence as well as violence in general.

There is an unmistakable trend. The combination of poverty and domestic violence compounded by football culture and alcohol use create a binding force in the increased risk of violence against women.

Qatar, where women have limited freedoms, is this year’s World Cup host. Women in Qatar must seek permission from a male family member before marrying, and when married, they must legally obey their husband. Furthermore, Qatar has no law protecting women from domestic abuse or marital rape. This, of course, prevents many victims from finding justice.

The decision for Qatar to host has already been questioned in regard to controversies surrounding migrant worker exploitation and the country’s lack of support for LGBT rights. However, it may also be time to question the implications of selecting a country so behind on women’s rights and abuse protection to receive such a platform, especially given that football culture can already prompt increases in rates of domestic violence.

Recognizing this threat, international organizations as well as the U.K. government and its largest nonprofit supporting victims of domestic abuse have developed campaigns over the past few years to bring awareness to the grave issue.

In 2020, the International Federation of Association Football (FIFA), the World Health Organization (WHO) and the European Union (EU) collaborate to create the #SafeHome campaign to combat the presence of domestic violence in football culture and the rise of such incidents throughout the COVID-19 pandemic. The campaign involves various videos, with football stars such as Kelly Smith, Oliver Torres and Rosana Augusto offering advice to both victims and perpetrators. It also raises awareness of the scale of this issue. Finally, it highlights the vulnerabilities of unstable financial situations. The #SafeHome toolkit strives to ensure support is accessible to all.

This public appeal for a no-tolerance attitude to domestic violence is part of a four-year-long partnership between FIFA and WHO to keep football culture safe. These efforts will continue during the upcoming World Cup.

The nonprofit Refuge is the U.K.’s largest organization supporting victims of domestic abuse and advocating for protection and funding. Its refuges, community service programs and hotline supported more than 10,000 women and 14,000 children during the 2020 – 2021 pandemic year. It has raised awareness of both the economic vulnerabilities to abuse and the threat of domestic violence surges during football seasons.

The U.K.’s Domestic Abuse Act of 2021 supports these efforts to combat poverty and domestic violence. It aims to improve victims’ access to support and justice. It broadens the definition of domestic violence to include forms other than physical abuse, such as manipulation, coercion and financial abuse. Crucially, it includes a pledge to give those suffering from domestic violence but lacking stable housing and income priority housing assistance.

Looking to the 2022 World Cup and Beyond

Football culture which economic abuse compounds devastates women and children globally. Thankfully, the recent increased and concentrated efforts of the U.K. government, Refuge and international organizations including the WHO, EU and FIFA are protecting more vulnerable women from poverty and domestic violence. Not only should this increase the protection against a possible surge following the November World Cup, but it should sustain greater awareness and protection far beyond the football tournament itself.