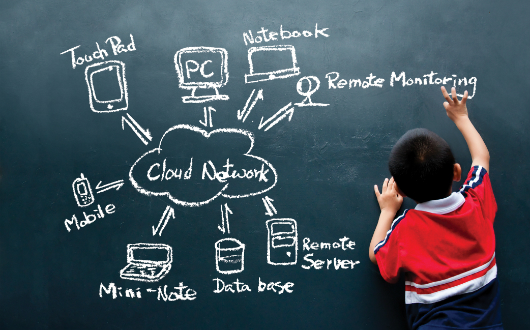 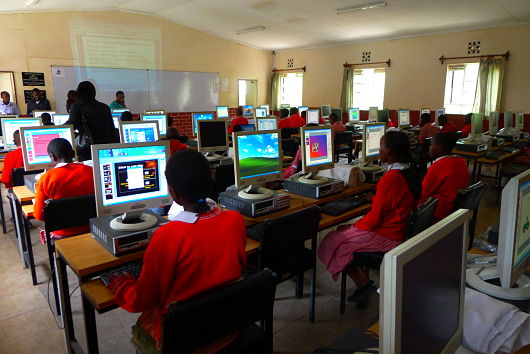 Because of an amazing contribution from the Wananchi Group, over 2,000 public and private schools in Nairobi County will be receiving free, unlimited, high-speed fixed Internet. The Wananchi Group has invested two million dollars to provide this access.

Continuing a partnership with the Kenya Education Network (KENET) and the County Government of Nairobi, over 150 schools have been connected to fixed high-speed internet since the initial piloting trial in April 2014.

As this project supplements a recent government initiative to provide free laptops to schools across the country of Kenya, students will now be able to perform research with a broader collection of knowledge and information from different parts of the world. This will not only open up a previous barrier, but also increase the students’ awareness of global society.

In fact, this achievement is along the lines of the Vision 2030 initiative. Vision 2030 is Kenya’s development blueprint to transform Kenya into a “newly industrializing, middle income country providing a high quality life to all its citizens” by 2030. By making progress toward this step, Kenya can now continue to focus its efforts on other areas.

Perhaps they will focus next on the health sector to improve community health centers, or the environmental sector to improve waste disposal and sanitation measures, or the manufacturing sector to help revitalize industry. Regardless, within the Vision 2030 initiative, Kenyans will continue to make strides within economic, social and political spheres to improve Kenya as a country for its current and future generations. Providing free internet to schools is a monumental milestone toward these efforts. 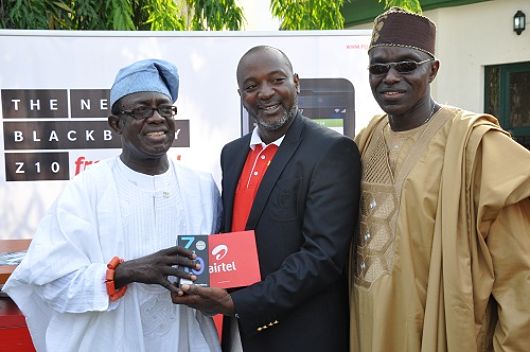 In Nigeria and South Africa, Blackberry has launched its latest smartphone, the Blackberry Leap. According to the company, this smartphone offers more than a day’s battery life, even with heavy use.

This latest version of the phone has switched out its old keyboard to feature a new touchscreen, much like the Apple iPhone. The new touchscreen keyboard features error correction and multilingual support.

Many may question why a consumer would buy a Blackberry when there are much more popular phones like iPhone, Android and Samsung.

The Blackberry, jokingly referred to as the “Crackberry,” was once the must-have device for executives. It was the first smartphone that allowed easy and constant access to email and the Internet. The easy-to-use QWERTY keyboard allowed executives to respond to emails without being tied to a computer.

But with the emergence of the Apple iPhone, Blackberry quickly lost its dominance as the number one smartphone in the market.

Would you buy an unpopular smartphone? The answer from consumers in Africa is… yes.

But why have Blackberry phones become so popular in African countries?

The first reason is that Blackberries are a status symbol; they were once the phones used by top executives. People strive to achieve the same success associated with the phones.

Additionally, an attractive feature of the Blackberry is its low-cost data bundles. In fact, Blackberry users can send messages for free using the Blackberry Messenger (BBM). This makes the phones well-suited for less capable mobile networks.

And lastly, Blackberries are able to stay updated without the purchase of a new smartphone. In developing countries, phones are upgraded less frequently. Before the introduction of the Blackberry Leap, the most up-to-date Blackberry in South Africa was 3 years old.

There is still room for growth for Blackberry in African countries. In a poll conducted by GeoPoll, 17 percent of people reported that they would buy a Blackberry as their next phone.

Blackberry is predicted to keep its number one spot in Africa as the most popular smartphone brand partly because of its popularity with students.

The Blackberry brand has transitioned from being known as the phone for high power executives to the most popular, affordable phone used in developing countries. Of course, affordability is an important aspect when purchasing a smartphone. Blackberry has allowed consumers in developing countries to afford a smartphone without sacrificing technology, mobile network service or various communication abilities.

Sources: Inside Blackberry, IT News Africa, The Conversation
Photo: TechLoy 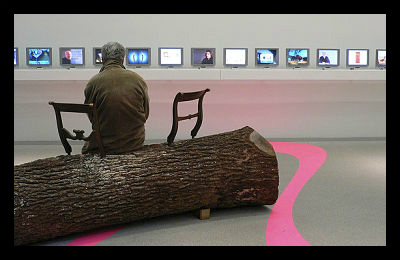 The digital age has improved quality of life for many people around the world. The digital era has become a great asset to today’s world and has helped with business, community and even the economy. However, as prevalent as technology has become, there are still many countries that live with little or no access to technology; limited access means limited benefits. Among those countries living in what is called digital poverty, they are, more often than not, developing nations. So, what is digital poverty exactly and how does it affect the economy?

“Digital poverty is the inability to use IT, either due to the lack of access or due to the lack of skills,” said Thierry Geiger, co-editor of the Global Information Technology Report. “It is really a form of poverty because without digital access, without digital skills, you cannot tap into the huge potential of technology to improve your lives and create opportunities.”

There’s an apparent link between countries with slow economic growth and limited access to technology, which results in digital poverty, according to a new report. The Global Information Technology Report for 2015 stated that only a minority of the world’s population has internet access; meaning, the economic and even social benefits that arise from being digitally involved are not reached. Approximately 39 percent of the world’s population has access to the internet. Additionally, many of the nations that do not have access to technology are failing to address digital poverty as a means to end poverty in general. Invoking simple, technology-focused reforms can not only help develop the economy, but boost productivity as well. Technology can also help improve education, communication and business practices.

According to Geiger, technology has a powerful impact on economies, especially those which are struggling to sustain their country’s needs. Digital poverty affects nations’ unemployment rates, increases inequalities and financial demands, particularly in countries with emerging and developing economies. In order to help in economic growth, countries need to establish a more advanced, digitally acquainted population.

Geiger also emphasized that the notion that technology is prevalent around the world is actually a myth because only a small percentage of the world’s population has access to technology. According to the report, out of 143 nations, among the top countries that have access to technology and use it as means for communication and economic impact are Singapore, United States, Norway, United Kingdom, Sweden, Japan, Netherlands and Finland. Additionally, the countries that have minimal access includes Yemen, Haiti, Burundi, Madagascar and Angola.

Aside from government actions and reforms, the population needs to be willing to become part of the digital world. Governments and content developers producing better and more relevant content can help with the job market, people’s income in particular. Providing the people with an incentive to advocate for technological advancements can help bring nations closer to the digital age. As countries become more digitally acquainted, digital poverty will decrease and in the process, more people will begin to see an increase in economic growth and a reduction in poverty rates.