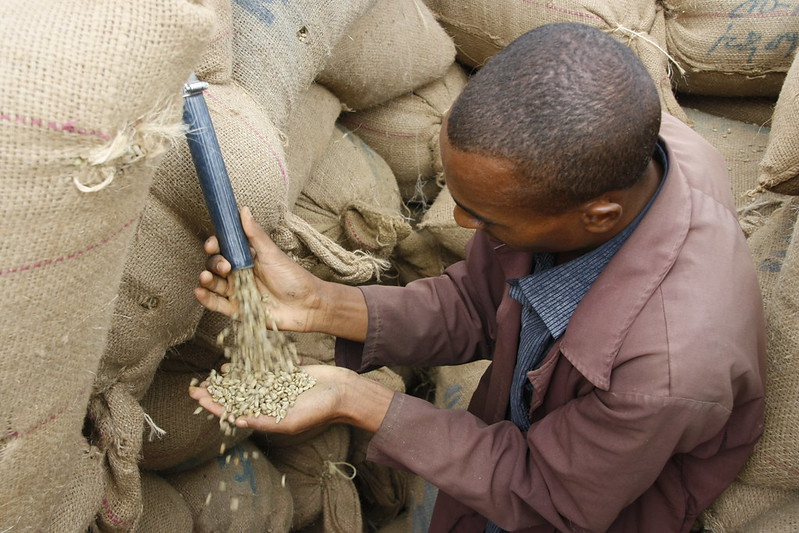 COVID-19 has disrupted trade markets throughout the world. Due to this, many are speculating that the world is in a state of “deglobalization.” Deglobalization is a term that holds two meanings. One propagates the idea that local manufacturers are in danger of foreign competition. The other describes “periods of history when economic trade and investment were in decline.” Moments of deglobalization include World War I, World War II and the 2008 financial crisis in the U.S. Both events led to economic downturns in many other countries, which led to periods of distrust toward globalization.

India has experienced more than 50,000 deaths due to COVID-19. In addition, India has many unreported COVID-19 cases due to poor surveillance infrastructure. The country has also experienced a rise in unemployment, destructive floods and a falling GDP. India has seen the world’s second-highest virus infections and there is still uncertainty about when the country can go back to normal. However, the government’s new trade policies are predicted to help India’s economy bounce back. India’s Ministry of Commerce and Industry expressed, “A key driver for India to achieve the USD 5 trillion mark in an expedited time frame would be boosting exports, both merchandise and services.” Reaching this goal would improve domestic manufacturing and service sectors through the addition of efficient infrastructure funded by the government.

However, President Mobi’s movement of taking agriculture sales into the free market has caused massive disruption. India’s agriculture is the largest employer in the country. The government has been controlling wholesale markets, securing food buyers and setting price guarantees. This globalized approach will cut guarantees set by the Indian government and force farmers to go further into debt to secure stability in a competitive field. Farmers who have entered the free market before the bills reported high rates of debt and suicide attempts. Reform to create an open market that doesn’t favor farmers is deeply controversial in India.

Just like India, Nepal is looking to reunite with the global market. Nepal’s unemployment rate is reaching 40% on a federal level. The informal sector employs most employed Nepalis, who gain income through unregulated markets and illegal services. An estimated 500,000 people enter the country for work while only 200,000 actually find work. The Federation of Nepalese Chambers of Commerce and Industry has a plan to reduce trade deficits caused by the pandemic by 50% and help Nepalese manufacturers through government-funded projects. President of the federation Shekhar Golchha, claims that “If the vision paper is implemented honestly, there will be an investment of $150 billion in the upcoming decade. Of the total investment, around $108 billion will come from the private sector.”

Trade with China has also been an issue for Nepal internationally. In February, Chinese traders created a blockade restricting 2,000 containers loaded with clothes, shoes, cosmetics, electronics and industrial raw materials. As China holds itself to be the “factory of the world,” it has deeply affected smaller countries. During the blockade dispute, Nepal found itself in violation of the “One China” law. A month later, Prime Minister KP Sharma Oli created the Make in Nepal-Swadeshi campaign. The prime minister intends for this campaign to start taking underemployment out of international hands.

The Philippines and its Relationship with China

The Philippines has been hit very hard by COVID-19 just as the country was beginning to recover. International trade in the Philippines has continuously declined since the beginning of the lockdowns and the overall trade income is 20.2% lower than in 2019. However, aid from foreign countries, such as China, has helped the Philippines during this time of need. On January 16, 2021, Chinese Foreign Minister Wang Yi pledged to donate 500,000 vaccines to the Philippines. Wang has also approved an infrastructure agreement to fund $400 million to the Filipino government for bridge infrastructure and $940 million for a railroad cargo project.

The Philippines has historically been lagging behind other East Asian nations in manufacturing export. Graft, low autocracy and overarching oligarchs controlling agriculture production and property contribute to holding the country back. During the Plaza Accord in 1985, these factors led to the Philippines losing out on a significant wave of Japanese investments. By the 2000s, the country’s GDP became stagnant. Sec. Carlito Galvez Jr., the chief implementer of the National Task Force (NTF) against COVID-19, reflects that the pandemic has shown how vulnerable the Philippines is to the lack of international help, stating, “For 2023, we envision for self-sufficiency and readiness for the pandemic and other disasters with the modernization and integration of our healthcare system.”

As 2021 continues, nations are deglobalizing for one reason or another, and shifting international relationships will determine the future of foreign affairs. While developing countries need economic assistance, international support has been seen to complicate domestic production in certain sectors by allowing foreign influence to dominate industries. Deglobalisation can bring a new form of globalized affairs and political leaders should rethink their investment in free markets, looking more into domestic action to keep citizens off the poverty line.