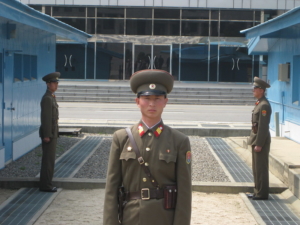 The Democratic People’s Republic of Korea has remained an enigma on the world stage for decades. The Kim dynasty, which has ruled since September 1948, transformed the economic outlook of the country with its oppressive and totalitarian regime. The unstable, elusive and dangerous ideology of North Korea makes it increasingly difficult for foreign aid to promote social, economic and political progress.

The Destructive Nature of Juche

North Korea’s unique ideology, coined ‘juche’ by the late Supreme Leader Kim Il-Sung, is a set of beliefs that focuses on self-reliance and finding strength without foreign assistance. In 1982, the revised Constitution accepted this as its authoritative doctrine. By adopting this isolationist ideology, North Korea’s inadequate economic planning soon plunged large portions of its population into extreme poverty and contributed to the deaths of millions from famine.

While the damage of juche is difficult to measure, its endorsement exacerbated the devastating North Korean famine of the 1990s as juche disregarded the potentiality of foreign aid to relieve the effects of the disaster.

As North Korea continued its isolation, the government’s distribution of the food supply began to favor the political and social elites rather than the majority of the population. In addition, the climate and land quality in the country was inadequate and when fuel aid from the USSR ceased, North Korea was unable to continue producing the fertilizer that helped its land provide higher crop yields. The subsequent famine killed millions.

The Inequality of Songbun

This system leads to egregious inequality specifically among the North Korean lower class, hindering this group in regard to education and employment.

For example, North Koreans are not able to choose their occupation or educational opportunity as their songbun ranking and government decide this for them.

Extreme gender discrimination within North Korea greatly hinders the prospect of girls and women in every aspect of life. Every day, women and girls fall victim to tremendous levels of sexual assault and persecution, including forced labor, forced marriage and food deprivation. A July 2020 report from the Office of the UN High Commissioner for Human Rights (OHCHR) observed that North Korean women deported from China were often unable to obtain a fair trial and were wrongfully imprisoned, where they would suffer multiple tortures including rape, infanticide and unlivable prison conditions.

Diplomats worldwide struggle with the predictability of the dangerous ideology of North Korea. As juche, songbun and gender stereotypes and discrimination provoke a greater socioeconomic divide among the North Korean people, poverty worsens within the country. Due to North Korea’s isolationist nature, some previous attempts at sending foreign aid have not been able to adequately advance North Korea’s development.

Sending aid to North Korea has been difficult in the past due to the country’s intense self-reliance philosophy. However, in the past, the United States has supplied over $400 million in energy assistance as well as $700 million worth of food assistance since 1995 and 1996, respectively.

During times of crisis, many organizations step up to provide life-saving aid. For example, in 2019, with the support of donors, aid from the UN and INGOs reached 2.5 million people in North Korea. The Needs and Priorities Plan of 2020 proposed further aid, which would help give 5.5 million people better access to health services, 1.3 million with food assistance and more.

Although it is challenging for governments to determine whether or not aid is reaching those who need it the most, organizations that focus on serving those in poverty have continued to assist North Koreans for years.