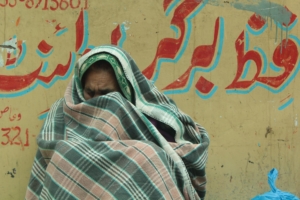 As global temperatures continue to rise, those in the hottest regions of the world face an impossible choice. They can either endure malnutrition, economic malaise and political instability or run the gauntlet of relocating to greener pastures. Affecting more than 20 million people every year, climate migration poses a serious threat to countries in Central America, South Asia and sub-Saharan Africa. As people relocate domestically and internationally, they strain their new community’s and their own recourses, leaving both vulnerable.

In Guatemala, climate migration exacerbates many of the issues it already faces. Rapid increases in temperature as well as prolonged droughts followed by violent flooding have destroyed agricultural harvests, forcing many into overcrowded urban centers or seeking refuge in the United States. Since much of the country’s economy is dependent on agriculture, this will increase malnutrition and poverty rates, damaging an already struggling nation.

These effects will only become worse as temperatures continue to rise, with 1.5 million people expected to flee Mexico and Guatemala every year by 2050, according to The New York Times.

Similarly, climate migration in other regions can cause dramatic economic and political harm. Sub-Saharan Africa is particularly vulnerable to this, as increased temperatures quicken a process known as desertification, in which arid land becomes unusable while coastal regions succumb to rising sea levels and more frequent natural disasters.

For the Philippines and many island nations, marine life degradation and higher sea levels threaten the livelihoods of millions reliant on the sea, creating a host of political and economic issues, according to the OECD report. This will only lead to increased climate migration and further internal disruption.

Looked at from a larger perspective, climate migration threatens to undo decades of progress in the fight against global poverty. Both the United Nations General Assembly and the Human Rights Council have highlighted the current and potential threat that climate migration poses. In regions like the Sahel desert, water shortages have catalyzed armed violence, displacing more than 3 million people, according to UNHCR. Should the international community ignore this pressing issue, climate migration could become an even greater issue.

However, it is not too late to curb the effects of climate migration. With the threat of mass environmental exodus, more organizations have spotlighted the issue, urging nations to protect climate refugees. The Biden Administration emphasized climate migration in a report before the United Nations Climate Change Conference. The International Refugee Assistance Project (IRAP) released a report in 2021 on how countries like the United States could prevent climate migration from worsening. One proposed suggestion was that the U.S. should allow those fleeing climate-related disasters to seek refugee status.

As more focus is drawn to this alarming phenomenon, increased research is allowing scientists to make estimates as to where climate migration will be strongest and how to fix the issue in the long run, according to The New York Times. Environmental protection policies and aid toward refugees are solutions that tackle the problem from important angles and are becoming more prominent as migration due to weather becomes a larger part of the fight against poverty.