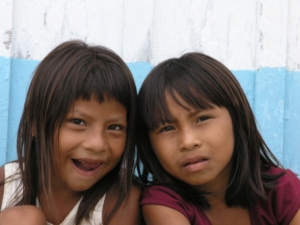 With 25% of Latin America’s population being under the age of 15, an increased demand for child rights is inevitable. As a result, Latin America and the Caribbean have seen gradual implementations of protection for children under the law. Countries in these regions have seen improvements spanning from a growing economy to quality health care.

One immediate causes for the demand in children’s rights is because of the abuse that many children in impoverished countries endure. Some issues that exemplify the need for child rights are sexual abuse, drug and alcohol consumption and child labor. The health care systems in Latin American countries are responding.

For example, increased demand for child rights in places such as Argentina and Peru has resulted in more representation for children in health care services. Argentina has had children’s rights written in law since 1994. Now, with children included in health plans, child mortality rates have decreased to 9.9 deaths per 1,000 live births in 2018, compared to 12.6 just five years earlier.

Previously, many children in these countries were not seen as separate individuals until they reached adult age. However, increased children’s rights in certain Latin American and Caribbean countries have improved the livelihoods of the underaged. Children’s rights in Latin America and all across the world have moved to the forefront of many political agendas thanks to the UN Convention on the Rights of the Child and active citizens.

Countries such as El Salvador have shown that the demand for child rights have proved their international leadership on the issue. There are more than 15 comprehensive laws within the country protecting children and almost 20 international laws protecting El Salvadoran children.

Though the numerous laws, in theory, protect the children, it is not as easy to enforce the laws. A large discrepancy still remains between the sentiment and enforcement of law for the protection of children. Legislature rendered ineffective through lack of enforcement “allows perpetrators of violence against children and adolescents to continue committing the same crimes with no fear of prosecution or punishment.”

One organization that has made child rights in Latin America a priority is BiCE, the International Catholic Child Bureau. The organization’s main goal is the preservation of child rights in different countries in Latin American and around the world. Current field projects take place in countries such as Ecuador, Guatemala and Peru. Most of the projects focus on fighting sexual abuse of children.

BiCE’s projects have many goals that ensure the safety of a child. For the programs fighting sexual abuse, they offer therapy services for recovery. They also train people to learn advocacy techniques for children’s rights. Over 1,000 children in Peru have received help from BiCE and the organization continues to do more in other countries in Latin America.

Most countries in Latin America and the Caribbean have written laws and statutes that protect children. However, this has not proved to be enough for the safety of children in these countries. There have been health improvements and decreased poverty rates, but more still needs to be done to enforce the written laws.