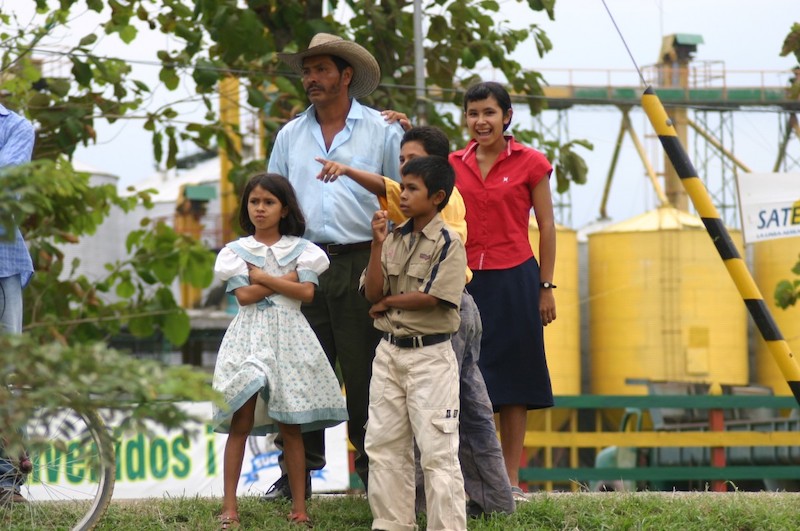 In 2019, World Bank data found that Colombia’s child poverty rate for ages 0-14 stood at 20%. After years of civil unrest, Colombian children are growing up in an era of displacement and poverty. These past conflicts have a way of infiltrating the lives of children as their guardians work to rebuild their own lives. Child poverty in Colombia is an issue that persists as countless families seek to gain stability.

The prevalence of social injustice issues and the uprising of guerilla groups during the mid to late 20th century, threatened governmental authority in Colombia. Colombia’s 2016 Peace Accord put to rest 50 years of conflict with the Revolutionary Armed Forces of Colombia (FARC), providing Colombia with its first signs of hope in decades.

Colombian children now have the opportunity to grow up in a peaceful country for the first time in more than 50 years. The long-awaited end to the civil conflict brings hope but the legacy of conflict and violence has lasting consequences for Colombia’s people.

According to the United Nations High Commissioner for Refugees (UNHCR), Colombia has one of the highest rates of internally displaced persons in the world —  a consequence of the decades of war. As of 2022, 8.5 million Colombians suffer internal displacement, which equates to a staggering 74% of the population.

The ripple effect of this displacement plays a large role in child poverty. As conflict and violence force families to flee their homes, many people lose their assets, land and houses and are unable to return to their former lines of work. This leads to a rise in poverty and unemployment, which, in turn, leads to children growing up in impoverished environments due to inadequate sources of income.

Effects of Child Poverty in Colombia

Malnutrition is a serious effect of child poverty in Colombia. According to a 2016 report citing UNICEF, “one in 10 Colombian children suffers from chronic malnutrition.” Further, the consequences of poverty disproportionately impact Indigenous Colombian children — the region of La Guajira accounts for only 7% of Colombia’s population, however, it accounts for more than 20% of malnutrition-related death among children younger than 5. Since the beginning of 2021, 17 Indigenous Wayuu children in La Guajira have died due to malnutrition.

Growth stunting is another consequence of malnutrition. In 2021, the Global Hunger Index showed a 12.7% prevalence of growth stunting among children younger than five in Colombia. As malnourishment increases, the depletion of mental and physiological strength necessary for work and school diminishes, leading to an exacerbation of poverty.

Sexual violence is another devastating outcome of child poverty in Colombia. Children who experience this sexual violence often come from low-income households. Poverty increases the risk of child labor, trafficking and sexual exploitation. The perpetrators are typically criminal gangs or even one of the child’s own family members. These victimized children tend to reside in slums or remote, outlying communities where victims rarely acquire justice.

According to a 2019 survey that the Health Ministry and Family Welfare Institute conducted, nearly 42% of Colombia’s youth endured “physical, sexual or psychological abuse as a child.” Unfortunately, Colombian NGOs have said that people report only 30% of these cases. In fact, the Colombian Public Prosecutor estimates that up to 200,000 Colombian children face sexual abuse annually.

Lack of education is another component that goes hand-in-hand with child poverty in Colombia. For these children, education is a doorway to a better life, but is, unfortunately, not as accessible as it should be. Despite the Colombian constitution’s mandate that children between 5 and 15 attend school, a 2019 article from Children Incorporated discloses that about 10% of Colombian children receive no education at all. This 10% equates to about 35,080 Colombian children out of primary school in 2019.

Children International is an organization that acknowledges the severities of child poverty in Colombia. The organization has been working in Colombia for 33 years now, transforming the lives of Colombian children.

With malnutrition being a prominent result of child poverty in Colombia, Children International recognizes a need for check-ups and exams. Health care can be expensive, a fact that is especially true for Colombia’s lower class. To date, more than 74,000 sponsored children have received medical exams from Children International’s clinic.

Children International has implemented the HOPE Scholarship program, which provides funds that give children an avenue to complete tertiary studies after high school in order to obtain skilled jobs and break cycles of poverty. Through Children International’s Into Employment program, children learn skills for jobs in demand within their communities. About 71% of Into Employment program members found placement in jobs requiring the skills they gained during the program.

Child poverty is a persistent problem in the reverberations of Colombia’s civil conflict. Malnutrition, sexual violence and lack of education are a few of the direct effects that contribute to the vicious cycle of child poverty in Colombia. Thankfully, Children International has dedicated itself to improving these lives. With help from organizations such as this one, Colombian children may have the chance to escape the firm grip of poverty. 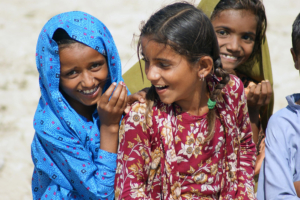 The Types of Child Displacement

A few types of child displacement exist. These include:

A study that Child Development published tested executive functions, which are the higher-order cognitive skills needed for decision making and complex thought, among Syrian refugees. The study found that the burden of house poverty affected displaced children’s working memory. This has a long-term impact on the ability to succeed in school and make correct decisions. These findings align and have a serious impact on the refugee crisis in Syria where 45% of Syrian refugees are children with more than a third without access to education.

Children comprise 25% of all human trafficking victims and are at higher risk for forced labor. After displacement, they can experience separation from family and traffickers can force them to work in fields such as agriculture, domestic services or factories. To date, an estimated 168 million children are in forced labor and more than 50% complete dangerous work.

Children who do not have access to safe and regular migration pathways often turn to irregular and dangerous routes, which further puts them at risk for violence and exploitation. According to the U.N., “around 1,600 migrant children between 2016 and 2018 were reported dead or missing, an average of almost one a day.”

A Lack of Data on Child Displacement

There is simply not enough data on child displacement which translates to inadequate information on the causes and long-term effects. For example, only 20% of countries with data on conflict-related internally displaced persons (IDP) break the statistics down by age.

Data disaggregation by age, sex and origin are essential as it will inform policymakers in the regions most directly impacted by child displacement on how severe the issue is. This will allow them to begin to construct resources to support all children. For example, children who cross borders may not receive services such as education and health care because the statistics regarding how many children are out of school and the long-lasting impact on child displacement are insufficient.

In December 2018, the U.N. General Assembly adopted the Global Refugee Compact. This is an international agreement amongst nonprofits, the private sector and international organizations to provide objectives to better include refugees in national systems, societies and economies and provide equal opportunity for them to contribute to communities. Through updated guidelines, the U.N. and partner organizations can craft effective modern solutions.

One of the unique features is the digital platform where partners and practitioners can share effective techniques, or Good Practices, to allow others to implement them in another location. The platform also builds a repository of overcoming humanitarian crises through good work that can be studied and implemented across a multitude of sectors.

There are various good practices targeting child displacement shared on the platform. For example, The BrightBox Initiative by the Simbi Foundation began in Uganda in July 2019 with the goal “to enhance access to education for students in UNHCR refugee settlements.” It transforms shipping containers into solar-powered classrooms to“provide access to literacy resources for a community of 6,000 simultaneous learners.” These types of resources are essential as Uganda hosts the largest number of refugees in Africa at about 1.5 million. Additionally, 60% of them are children.

Child displacement across the world exists for various humanitarian issues all rooted in poverty and are detrimental to the well-being of the world’s most vulnerable population. However, through large-scale global action, the world can address the causes of child displacement and begin crafting effective solutions.