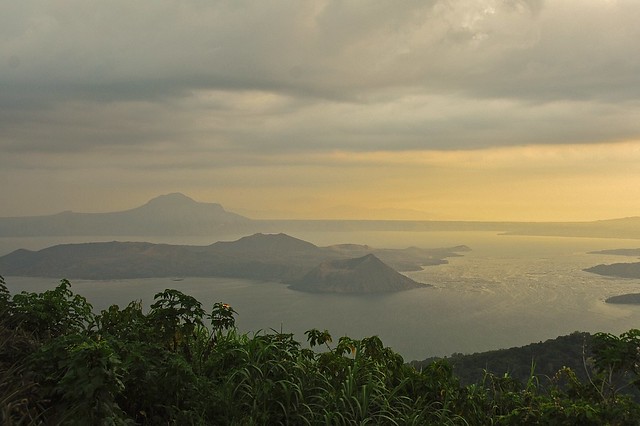 On January 12, 2020, the Philippines was rocked by a violent, volcanic eruption. Ash and toxic chemicals billowed into the skies above before descending on towns and villages below. Taal Volcano was the source of the blast. It is an active volcano that has caused several devastating eruptions during the last few centuries. It is located just south of Manila, the Philippines’ capital. As a result, more than 400,000 people were left with no choice but to flee their homes. In the sudden panic that ensued, NGOs like CARE International were quick to act and help in any way possible.

The Days Following the Eruption

Even though the initial blast was finished in a matter of hours, the true scale of the disaster was just beginning to bubble to the surface. Huge spikes in seismic activity occur after a volcano erupts, which ultimately means earthquakes. In the first 24 hours after the blast, at least 75 earthquakes hammered the surrounding areas.

The first task that responders did was establish a danger zone, which is an area around the volcano where it is inherently dangerous to be in. In the case of the Taal Volcano, the danger zone covered a 14 kilometer (8.7 miles) radius. This means that almost half a million people needed to be evacuated as quickly as possible.

Rya Ducusin is a communications and knowledge management specialist with CARE International. She has been working for the organization in the Philippines for the last three years. She was delighted to see how quickly citizens came together to help evacuate one another from the danger zone. Civilians began using their own cars and boats to transport their fellow neighbors to safety. It is tragic for any deaths to occur in a disaster like this, but without the efforts of everyday civilians, it is likely that far more people would have perished as a result of the eruption.

Ensuring The Safety Of All IDPs

Ducusin specializes in making sure that every internally displaced person (IDP) feels safe once they arrive at evacuation centers (ECs). She helped conduct a rapid gender assessment (RGA), particularly focusing on women and young girls, who were living in ECs. RGAs are immensely helpful for organizations like CARE International because not everyone has the same needs. The information comes directly from IDPs and paints a better picture of what issues NGOs need to be focusing on. The findings can be used to not only help the current relief efforts but plan for better responses in the future.

Findings From The Rapid Gender Assessment

The RGA helped uncover that some families chose to allow their youngest children to leave the ECs so that their children would not have to experience the conditions of living in a congested space with people they did not know. Children who left were primarily staying with relatives in neighboring cities. However, relatives did not always have the funding or resources necessary to care for the children. By identifying this need through the RGA, CARE International could coordinate getting families outside of the ECs additional support.

Ducusin also helped resolve a need that women and young girls, in particular, were experiencing. All of the tents at the ECs looked similar and were not fitted with locks. This led to people understandably mixing up which tents belonged to who. To provide privacy and decrease confusion, CARE identified tents by marking them with specific symbols or colors. In the future, tents could possibly be designed with some sort of locking mechanism to resolve this issue even further.

While the RGA identified many problems, it also helped identify some positive instances in the ECs. In times of emergencies, people are forced to take on roles that they would not normally undertake. For example, women and men in some ECs would work together to cook meals for everyone. Men typically would not do this in the comfort of their own homes and women reported a feeling of unity when the men would help them with such tasks. Men and women developed a larger appreciation for each others’ skill sets and saw that certain skills did not have to be determined on whether someone was born male or female.

Today, Ducusin said that almost all of the 400,000 people who were forced to evacuate have returned home. Unfortunately, some homes were wiped out permanently and certain areas around the volcano will not be safe to return to for years.

The silver lining of any disaster, including the Taal volcano, is the work NGOs like CARE do to make relief efforts as safe and comfortable as possible. Natural disasters like the eruption of the Taal volcano will, unfortunately, continue to reoccur. However, by conducting procedures like RGAs when they do occur, relief organizations can be better prepared to respond to natural disasters in the future.