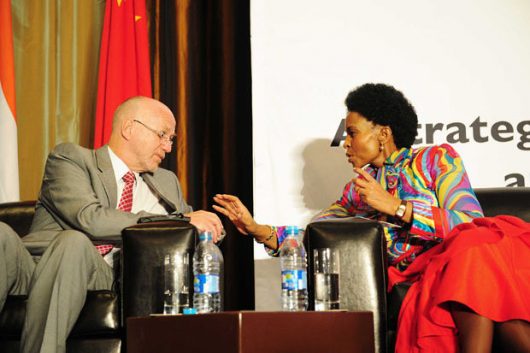 BRICS countries lead the fight against global hunger and poverty with essential knowledge and technologies for sustainable development and rural growth through agriculture. FAO collaborates with the Organization for Economic Co-operation and Development (OECD) and the International Food Policy Research Institute to confirm that the technologies benefit smallholders. With BRICS agricultural research systems, developing countries will assess their challenges and find sustainable solutions.

According to FAO, biotechnology and agro-ecological approaches would also, “play a key role in these advances. Climate-smart agriculture will be essential to adapt to the uncertain changes facing our farmers, and it will rely heavily on cutting-edge research.”

Information and communication technologies address many of the challenges smallholders face, including prices, weather forecasts, vaccines and financial services. For example, South Africa’s Festa Tlala is a government-led initiative to support cultivated land expansion and food production for smallholder farmers. As BRICS find working solutions to global hunger and poverty, developing countries will increase their production and productivity with similar tools and approaches.

In addition, social protection programs help rural development and poverty reduction by strengthening family farmers and their entrepreneurship. Enriching health, education and other services outside of farming plays a significant role in developing a country, as do international trade, promoting food security and balancing the domestic food economy.

As leaders in poverty reduction and achieving Sustainable Development Goals, BRICS technologies and approaches for agricultural growth assist in strengthening developing countries by 2030. Their role could shape the economies of countries all around the globe.