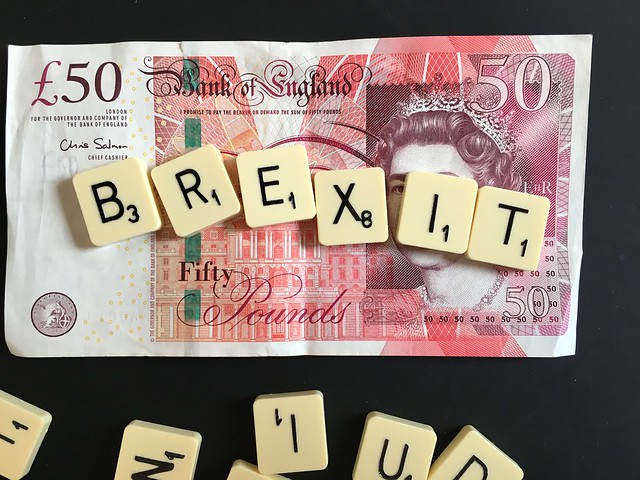 January 31, 2020, was a historic day for the European Union, for it marks the day the United Kingdom left the Union based on a public vote (referendum) held in June 2016. Seventeen point four million citizens opted for Brexit in 2016 and, after several negotiations and talks, the U.K. is now the first former member of the European Union. An important and large-scale decision such as this has the ability to distort economic stability greatly.

The EU is the world’s largest single market that allows free trade among all its members. It is also responsible for negotiating trade policies on behalf of its members, establishing a single, strong voice throughout various negotiations. Since Britain is no longer a member, it must create its own suitable trade policies with the countries it wishes to trade within the Union. Britain also needs to negotiate for its own demands. It was projected that the U.K. stood to lose $32 billion after Brexit, with no trade agreement in place between the U.K. and the EU. Losses incurred are more likely to increase as the EU accounts for nearly 46% of the U.K.’s exports. Researchers project that Ireland’s exports to Britain may drop by at least 10%. This creates a serious trade imbalance and hence contributes to the national deficit of the nation.

British citizens consume a significant amount of imported food. Brexit could lead to a rise in food poverty, as about 30% of food is imported from the EU and 11% is from countries whose trade policies were negotiated by the EU. Since there is no trade policy in place, food insecurity is bound to rise. Food prices will likely rise 6% by June 2020, according to researchers. Overall, an increase in food poverty may be on the horizon.

The U.K. had announced that post-Brexit only highly skilled immigrants will be able to secure jobs and the additional requirements have already created an impact on the economy. Immigrants mostly work low-skilled jobs and the implementation of this policy has already lead to shortages. At least one in 11 posts are vacant. Also, immigrants occupy nearly one-sixth (140,000) of the 840,000 care worker jobs. The new regulations will soon prompt vacancies and greatly affect people with disabilities and the elderly.

Trade talks between the U.K. and the EU are taking place effectively. British Prime Minister Boris Johnson proposed a “Canada-style free trade agreement” which the EU is prepared to accept, given the fact that the agreement would demand no tariffs or quotas from them. This shows that negotiations are productive and that the U.K. is trying to cause very little disturbance to the economy. Aware of its reliance on imports from the EU, the U.K. has opted for a mutually beneficial free trade agreement. As the cost of imports and exports are reduced, the trade imbalances are corrected. This in turn will influence food poverty as the general price levels will decrease and imported food will become affordable.

Additionally, there are multiple organizations and government schemes that help combat food poverty in the U.K. For example, The Trussell Trust and other independent foodbanks have distributed nearly 3 million food packages between 2018 and 2019. The organization Healthy Start allows the purchase of basic food necessities for pregnant women and mothers with infants.

What Are the Benefits of Brexit for the UK?

The U.K. is free to trade with other nations such as Japan, the U.S. and India without EU restrictions. This will stimulate growth in all nations involved in possible free trade and help tackle domestic issues, such as unemployment and hunger. Effective trading can lead to increased employment opportunities and better living standards.

The U.K. has given almost half a trillion pounds to the EU to be a member of the bloc. The amount the U.K. will save is significant enough to be directed at rising food insecurity, short-term deficit and unemployment. The U.K. is also able to craft specific policies to suit its needs instead of being subject to the ones crafted by the EU. The ability to do this helps the U.K. and other nations involved, as all policies will be tailored to be mutually beneficial and appropriate.

Overall, Brexit is a challenge. It is difficult to adjust to and likely poses serious threats to economic stability in the near future. However, this is only a short-term issue. Once the transition period is over, a structured agreement between the E.U. and the U.K. will help their economies regain stability.