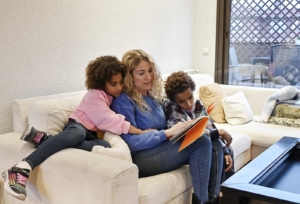 Book banning has become a dominant form of censorship around the world, as governments try to control the internet and technology available for their citizens. Associations similar to Amnesty International are fighting against book banning and censorship to protect democracy, access to education and information and progressive and forward-thinking in the 21st century. Countries across the globe such as China, Bangladesh and Egypt commonly practice book banning to restrict education and allow censorship. Book banning has many implications in terms of access to education and further restricting vulnerable populations from thriving. Fortunately, international organizations are actively working against book banning and censorship to ensure that vulnerable populations have access to a well-rounded education.

Ironically, book banning has been a topic discussed in iconic books themselves such as Fahrenheit 451, which tells the story of a sheltered dystopia where books are burned to prevent conflicting opinions and an inharmonious society. While the idea is farfetched, countries across the world still employ book banning to stifle controversial opinions and prevent taboo topics from becoming a point of discussion in their societies. Book banning and censorship have been common practices in countries like China and Hong Kong in order to protect the Chinese Communist Party from criticism. Politically sensitive reading materials as well as those dealing with religion, sexual content, and other taboo topics are consistently avoided by booksellers.

European countries such as Russia and Hungary also have a history of censorship, especially with those relating to LGBTQ+ themed materials. Hungary had legislation passed in June 2021 which excludes LGBT content from school curriculums and sexual education programs and has also censored such material on a wider, more national scale as well. Far-right politicians have banned many books that display homosexuality and Russia has also claimed obscenity for similar literary materials.

Though book banning is harmful for educational and political reasons, there are also financial implications which impact vulnerable populations as well. For example, in China, the Communist Party has increased restrictions on books pertaining to independence movements, pro-democracy thematic elements and other subjects. Since the country is at the forefront of the cheap publishing market, if books are banned by the CCP, they may not be published at all. The restrictions and financial burden fall primarily on small publishers and progressive academics who may not have the means to abandon the Chinese printing market and pursue publishing elsewhere, as it is estimated that high-quality printing in China is almost 40% cheaper than other countries.

In the past decade, more and more books discussing poverty and social class have been banned or restricted in the United States, as well as in European countries including the United Kingdom. By stifling authors’ voices and those trying to depict the harsh realities of some underprivileged populations, book banning and censorship limit awareness and the public’s opportunities to provide relief through advocacy and action.

Amnesty International is one organization that encourages people to take action against international book banning and protect the freedom of expression. Through their annual Banned Books Week, which takes place on September 18-24, the organization partners with the American Library Association and others to bring awareness to book censorship attempts in libraries and schools and its harmful impact by uniting book communities consisting of librarians, booksellers, publishers and everyday readers. Through their research with the Office for Intellectual Freedom, it was found that in 2021, there were 729 challenges in libraries, schools and universities that restricted access to at least 1,597 books. The efforts and data being shared with the public increase awareness about the topics that are being filtered and allow people to take action and prevent further book banning and censorship with community efforts.