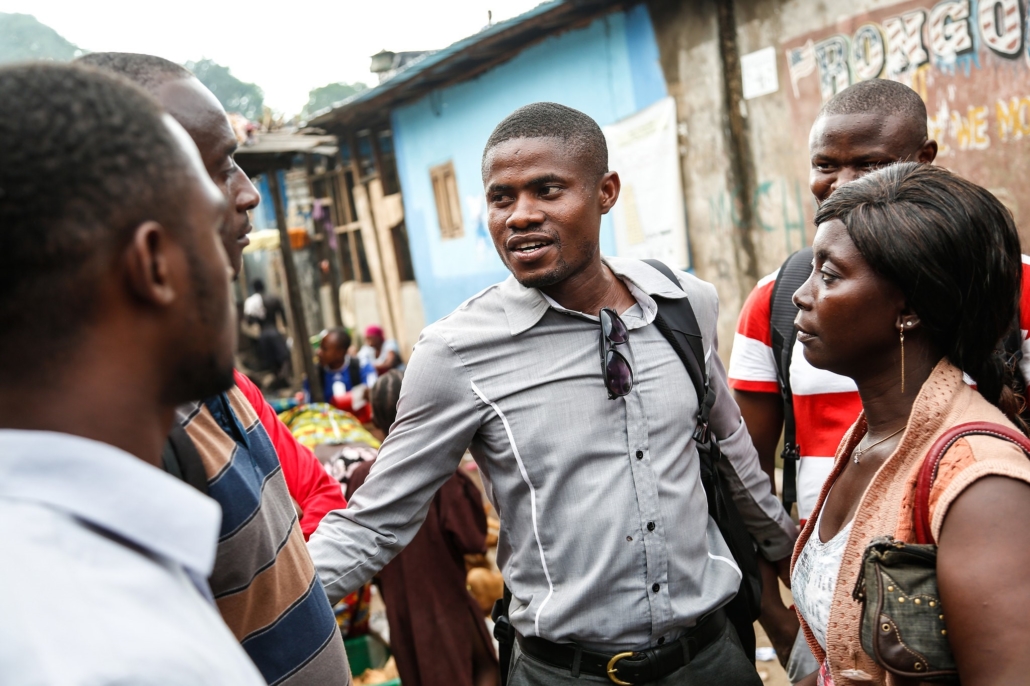 In the past, there has been some difficulty in tracking and containing epidemics. In 2014, the Ebola virus killed thousands in West Africa. At the time, many national health systems had trouble properly addressing and controlling its spread. With aid agencies not knowing where to dedicate their attention, more people fell to Ebola. Determining where to distribute a vaccine is critical for the future of any region. It is often difficult to make the correct decision when there is not enough information on human mobility, the spread of an epidemic and its lethality in certain areas. People could have better contained Ebola had newer technology been available to help aid agencies track its spread. The Global Epidemic Prevention Platform (GEPP) may be able to limit the spread of epidemics.

A Solution for Limiting the Spread of Epidemics

The Global Epidemic Prevention Platform (GEPP) is a project that Korea Telecom (KT) Corporation and the Ghanaian government created to improve Ghana’s health information system and limit the spread of epidemics. The project employs information and communications technology (ICT) to gather data on epidemics. It works by gathering existing data and by incorporating newer input from its users. It analyzes Call Detail Record (CRD) data to determine the spread of people such as cross-border movement. Its main goal is to prepare its users for possible epidemics, whether its users consist of the general public or the Ghanaian government. Its existence helps detect the early spread of an epidemic, allowing governments more time to respond and giving humanitarian agencies and NGOs the opportunity to identify possible relationships and trends.

There are three parts to the GEPP: GEPP Public, GEPP Clinic and GEPP Gov. The GEPP Public’s intention is to inform Ghanaians of epidemic-prone areas. When someone is nearing one such area, they receive a notification and warning of its status. If a user is in an area that may become contaminated soon, the app provides disease information and prevention measures for pre-response during their stay. They also receive a list of nearby hospitals.

The GEPP Clinic is for the public to make real-time reports to nearby health centers in the event of an epidemic outbreak. Users can fill out a report for either themselves or another individual with their symptoms. This report goes into the GEPP Clinic’s database and gives the government a better idea of what is happening in a particular region.

The government uses GEPP Gov, which allows it to access the data gathered from GEPP Public and GEPP Clinic to monitor any possible health crises. As a result of the digitization of airport immigration information, the government can consider immigration levels when monitoring. This also takes away the need to manually compile this information. All of this aims to help developing countries and their governments prepare for and reduce the impact of epidemics.

The Ghana Health Service, KT, Mobile Network Operators (MNOs), Resolution 202, Resolution 136, Resolution 36 and WTDC Resolution 34 support the Global Epidemic Prevention Platform. While all of these play a large role in assisting the GEPP in its goal to limit the spread of epidemics, MNOs arguably do the most. MNOs provide the app with its official data. It gathers data from around the world and its software anonymizes it to protect privacy. This data then stays on a server or an International Telecommunication Union (ITU) cloud and can go towards creating a dynamic map for the ITU. Humanitarian actors and NGOs can, with permission, view this data through MNOs. 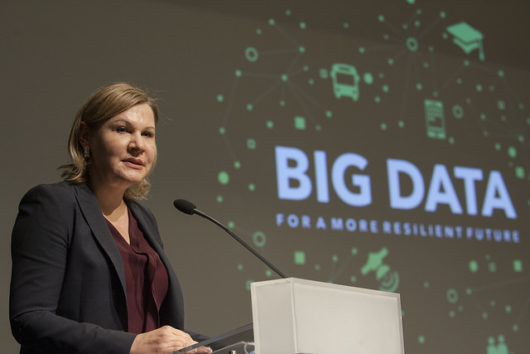 Three years into the United Nations’ latest agenda to fight global poverty and promote peace, health and justice, the chief Sustainable Development Goal of 2030 to end extreme poverty has become a contest to procure and deliver the right resources for the world’s most vulnerable people at just the right pace. There is a race against rising inequality and time, but some economic circles have come to regard one performance-enhancing resource as more valuable than oil and with the potential to boost poverty relief — big data.

During a lecture at Singularity University Global Summit 2018, a lead economist for the World Bank, Wolfgang Fengler, shared his curiosity about using data to end global poverty by asking, “What would it take to create a data revolution for the SDGs [Sustainable Development Goals]?” Fengler oriented summit-goers to subterranean depths as he compared big data to oil, and emphasized how their values are only realized in the efficiency of its production modes: collection, refinement and delivery in a usable form.

In 1990, 1.9 billion people were considered extremely impoverished; in 2015, the final year of the United Nations Millennium Development Goals, that number was 836 million, a 66 percent decrease. Pointing to the World Poverty Clock, a real-time dashboard for poverty numbers created by Fengler, the current global poverty escape rate is 1.1 people per second. That rate should be 1.6 people per second to put an end to global poverty by 2030.

The World Poverty Clock shows data from specific countries, and these types of snapshots provide reliable stories that can inform effective policy and strategic poverty alleviation practices. According to Singularity Hub, next steps for the World Poverty Clock include presenting data by specific regions within countries with the idea in mind that there are region-specific issues related to poverty.

Forbes Magazine contributor Bernard Marr offers some corrections to the data and oil comparison, one that suggests much richer potential for data. Oil is a finite resource that requires a massive amount of ancillary resources to deliver a final product. Contrarily, data has a low cost of production and can become more useful with every use. He also contends big data is environmentally innocuous and has a wider variety of application beyond its crude state.

While Marr takes issue with comparing big data to an “old world resource,” he does concede to its versatility and value in shrinking hunger and battling climate change. He likens it more so to a renewable energy source such as wind or the sun. The World Poverty Clock reports that poverty is rising in 13 African nations. Two of those nations are Africa’s largest oil exporters: Angola and Nigeria, which both produced more than 1.5 million barrels of oil in 2017.

These macro-level findings support The Economist’s and Forbes Magazine’s positions on data’s supremacy to oil as a precious resource for profit and a poverty alleviation tool. Crude oil has less of a guarantee, if any at all, to be wielded as such a resource as it does not necessarily translate to economic stability in nations where the gross national income per capita has been decreasing since 2015.

Just as marketing research uses big data to track discrete consumer insights — such as millennial spending trends or researchers’ use of data to identify the demographic most likely to be excessive sun tanners — big data has the power for direct combat against extreme poverty.

Big Data Around the Globe

In China, the Guizhou province developed a cloud-computing platform that tracks the financial status of 6 million impoverished people in 9,000 villages. China aims to usher 10 million people out of poverty annually from 2016 to 2020. In Tongzi county, the government issued subsidies to needy villagers and a data platform monitors the distribution of these subsidies, minimizing the risk of embezzlement by unscrupulous officials.

Zhou Xing, an expert of the poverty-relief office in Guizhou province, said, “Big data really helps make poverty-relief more precise and efficient.” On the days before big data, Xing added, “poverty relief work was difficult because the information of residents was written by hand and passed to central authorities via a series of local officials, which could be hampered by corruption.”

In Rwanda, American researchers have leveraged cellphone metadata to estimate wealth and poverty distributions and the telephoning habits of the affluent and those with more modest means.

Putting an end to extreme poverty can potentially be achieved through fiber-optic cables rather than petroleum pipelines. The Sustainable Development Goals for 2030 are fixed; through big data, the potential for precisely architected solutions to end extreme poverty seems infinite. 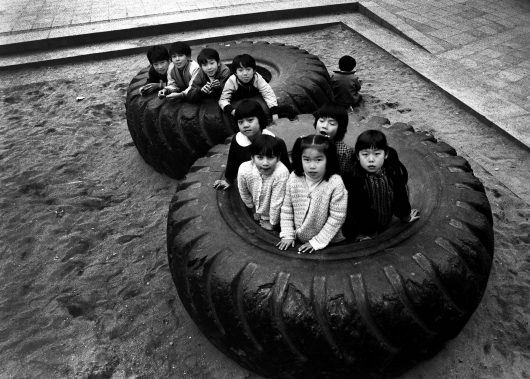 Humanity is currently producing more data annually than in the rest of human history combined. This data is created all throughout our daily lives, from using mobile phones and social media to just shopping. If analyzed correctly, this information can be used to answer many questions and provide new insights. This massive volume of information is known as Big Data. Big Data is increasingly being used in the humanitarian sector, in a growing movement known as digital humanitarianism.

There are several benefits to using Big Data in humanitarian responses. The most prominent benefit is having access to real-time information, which means that organizations can make more informed decisions by adjusting and adapting plans as the environment changes. Additionally, access to multiple sources increases the reliability of the information.

Big Data can likewise be used to anticipate humanitarian crises. By monitoring sources, patterns and trends, potential crises can be detected and averted. These systems can also be used to improve future preparedness by warning people and seeking their direct feedback.

Several prominent humanitarian organizations like Doctors Without Borders, the Red Cross, the United Nations Children’s Fund, the U.N. Refugee Agency and the Office for the Coordination of Humanitarian Affairs (OCHA) have units working on new technologies in their specific fields.

OCHA, for instance, runs several programs that digitize humanitarian data to make it more readily available. This includes ReliefWeb, a website that provides 24-hour coverage of disasters, conflicts and crises for the international aid community, and the Digital Humanitarian Network, which uses digital networks to support humanitarian response.

This year, OCHA will also open the Centre for Humanitarian Data, the goal of which is to increase the use and impact of data in the humanitarian sector.

However, most humanitarian organizations do not have the staff and resources to cope with the amount of data generated in crisis situations. They thus rely on online activists using crowdsourcing and open source software like Ushahidi and Open Street Maps to map crises. These activists are also part of digital humanitarianism.

Crisis mapping by means of digital humanitarianism is becoming a standard tool in crisis response and has proven useful in several recent events including the 2010 earthquakes in Haiti and Chile, the 2011 uprisings in Libya, the 2014 Ebola outbreak and the 2015 Nepal earthquake.

One of the suggested ways to use Big Data in the humanitarian sector is to improve the sharing of information between communities in need and those who aim to help them. Big Data and increased connectivity allow humanitarian organizations to better understand where to target humanitarian assistance.