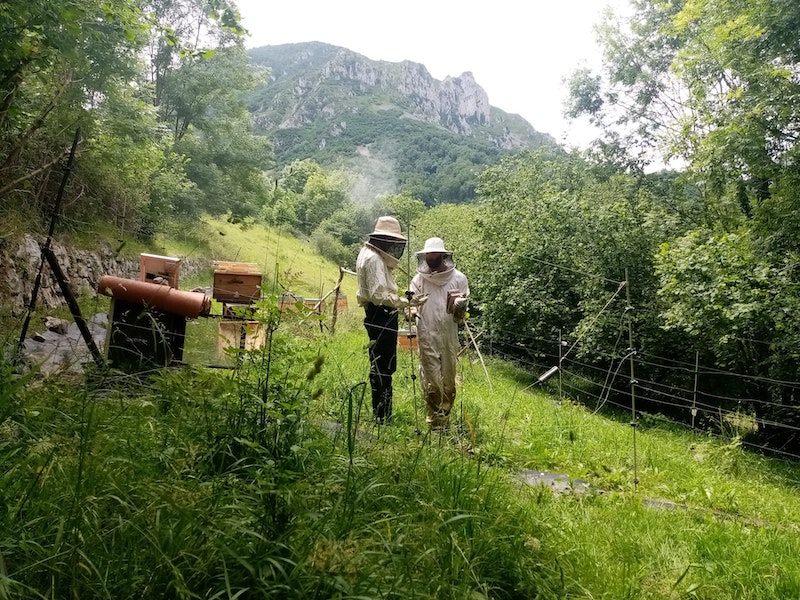 Bees are vital insects due to their role as pollinators. Researchers at the Food and Agriculture Organization of the United Nations (FAO) found that “three out of four crops across the globe producing fruits or seeds for human use as food depend, at least in part, on pollinators.” In Africa, bees take on the additional role of defending crops from an unexpected threat: elephants. Beekeeping in Africa holds multiple benefits for communities.

In many African countries, free-roaming elephants bring the risk of damage to farmland and trees. For farmers living near the edges of forests, elephants can be a detrimental force that cripples crop yields and income. Because of this, farmers will often confront migrating families of elephants with aggression if the herds come too close.

In South Africa, elephants often target marula trees for feeding. Because locals hold these iconic fruit-bearing trees in high regard due to their cultural significance and economic value, damage to marula trees by elephants is a root cause of their conflict with humans. As the elephant population continues to dwindle due to poaching and habitat loss, many farmers feel the need for a more reliable system of protecting crops while subduing the need for hostility. Over the past decade, the Save the Elephants organization has studied the ability of bees to mediate human-elephant conflicts by preventing the large mammals from encroaching onto farmland, and the results have been surprisingly successful.

How Bees Can Help

The Elephants and Bees Research Project, an initiative of Save the Elephants, aims to “explore the natural world for solutions to human-elephant conflicts.” This initially Kenya-based program aims to supply farmers with beehive fences, a unique bee-based system to repel wild elephants. The system employs multiple beehives that are along the perimeters of farms and connected with wires.

If a wandering elephant trips the wire by walking in between the hives, the hives will open and release the bees. Elephants have mostly durable, two-inch-thick skin around their body, but the soft skin around their eyes, mouth and trunk makes them vulnerable to bee stings, and thus, overly afraid of the small pollinators. A 2007 study by Lucy E. King et al. found that elephants will even run from the mere sound of bees buzzing.

In 2015, the Elephants and Bees organization experimented with its beehive fences near groups of marula trees in Jejane Private Nature Reserve, South Africa. A research team led by Robin Cook from the University of the Witwatersrand found that the marula trees surrounded by beehive fences faced less impact from elephants than the unprotected trees in the control group. The success of Cook’s tests motivated Save the Elephants to train locals in beehive manufacturing and beekeeping skills.

The most obvious way that the Bees and Elephants program improves business for African farmers is through the ability to protect crops. According to the program, the beehive fences cost about $1,000 for a one-acre farm. Depending on how successfully the beehive fences prevent crop raids, beehive fences can increase yields. Additionally, owners who introduce bees to their farms can expect increased levels of pollination, which leads to the production of higher-quality crops.

Beyond protecting crops from wild elephants, the Bees and Elephants program aims to promote beekeeping in Africa as a business in itself. The organization purchases raw honey from farmers who use their beehive fences, ensuring that the participants have an alternate source of income. Save the Elephants’ “elephant-friendly honey” program encourages more farmers to get on board with this natural, inexpensive and income-generating solution to human-elephant conflicts.

Expanding the Bees and Elephants Program

Save the Elephants has introduced beehive fences to 14 countries in Africa and three countries in Asia. In some counties like Meru, Kenya, the government is recognizing the benefits beehive fences bring to farmers. In May 2022, Meru’s Governor Kiraitu Murungi approved the distribution of 3 million Kenyan shillings ($25,581) worth of beehives and beekeeping equipment for the construction of a 5-kilometer fence that will border the Lower Imenti Forest. Murungi plans to allocate additional funding in the following financial year for “more beehives [that] will ring-fence the entire forest.”

The Elephants and Bees program highlights the significant abilities of bees to act as both pollinators and protectors. As the program’s leaders discuss expanding their work to countries like Angola and Indonesia, it is worth considering that more than 3,500 species of bees play a role in expanding farmers’ crop yields, thereby reducing hunger and increasing income. 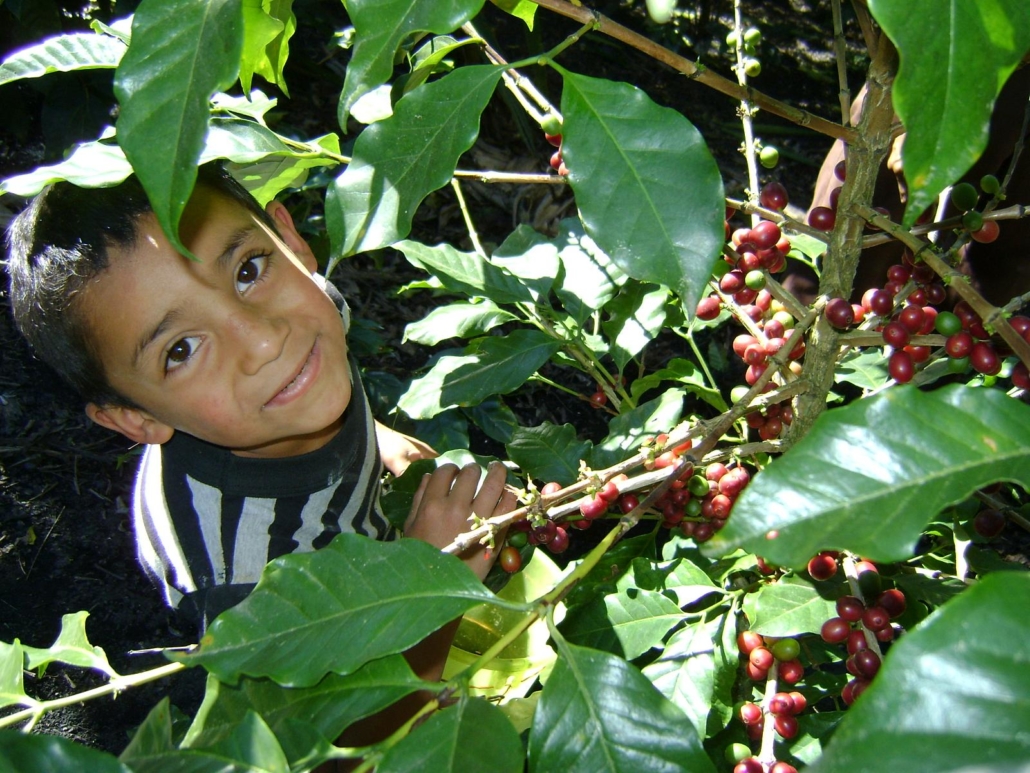 Many coffee consumers do not recognize what goes into making their morning cup of joe. Coffee is one of the major crops that child workers cultivate across the globe, including Guatemala, where major U.S. companies such as Starbucks, Dunkin Donuts and Kirkland source their coffee beans. Guatemala is working to reverse the damage the decades-long civil war (1960 to 1996) inflicted upon its children, indigenous population and industries, but the country still needs to do a lot. Here are 10 facts about child labor in Guatemala’s coffee industry.

It can be easy for one to forget that a common food item, such as coffee, has a human cost in producing it. Stemming from the country’s civil war, child labor deeply links to the instability in Guatemala’s economy and government. When coffee farmers struggle to make ends meet, the danger of exploitation and violence increases for many poor coffee pickers and their children. These 10 facts about child labor in Guatemala’s coffee industry show, however, that there are many people and organizations that are working to assist children and coffee workers in Guatemala. Through financial assistance, education and training in other agricultural disciplines, a better future awaits the children of Guatemala. 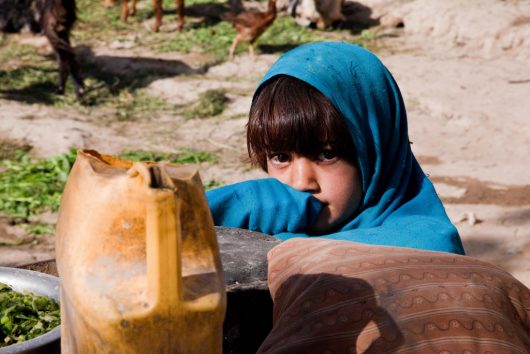 In last year’s ‘Survey of the Afghan People’ by the Asia Foundation, 23 percent of the nearly 13,000 surveyed cited unemployment as the greatest challenge facing Afghan women today. Coming from a culture that has historically frowned upon women working outside the home, this is a significant change of tune.

In fact, 65.5% of men surveyed last year agreed that women can and should contribute to the household income. These opinions accompany a significant rise in the number of women voters, teachers, and low-level government employees, and even a few female elected officials. The evolving role of women in Afghanistan’s political and economic spheres, while apparent in urban areas, has been rather subtle in rural regions. However, rural Afghan women have managed to claim a new sense of economic agency through beekeeping.

Honey production has become a lucrative enterprise for rural Afghans, consistently in high demand in domestic and export markets. Afghan beekeepers have particularly prospered in recent years thanks to an alliance between the Afghanistan Rural Enterprise Development Program (AREDP), the Ministry of Rural Rehabilitation and Development and World Bank which has increased technical support and financial discipline training to rural beekeepers. One resident of Herat City spoke proudly of Afghanistan’s local produce, saying, “The quality of our domestic honey is undisputed. It makes you physically fit and is a cure for many illnesses.” For many Afghan women, it has also proved curative for economic dependence.

The tradition of beekeeping in Afghanistan began in the 1960s, and due to the efforts of multiple NGOs and foreign aid agencies, it has become foundational to Afghanistan’s rural economy over the last several years. In the Bamiyan Province, for instance, four beekeeping cooperatives employ more than 400 people, half of whom are women, to produce 14 tons of honey annually.

These rural women, each maintaining an average of four hives, have the chance to become entrepreneurs for the first time in their lives. Because women and girls can be culturally viewed as burdens to their families, this opportunity to bring in revenue has elevated their status within the household and the culture at large. One Afghan beekeeper named Jamila demonstrated this profound new sense of purpose, pounding her chest and saying, “I make my money for me.”

The newfound agency accompanies, and directly correlates with, a remarkable economic rebound. While denying half of the population opportunity access can only stagnate growth, providing local women with something as simple as a few beehives can revitalize an entire community and redefine community roles. Shifting cultural attitudes and lifting social restrictions has, at once, enhanced the quality of individual livelihoods and sweetened the overall economic state of Afghanistan.