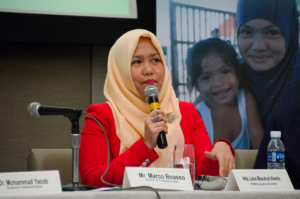 Bangsamoro is an autonomous region in the southern Philippines that has dealt with decades of conflict, natural disasters and poverty. Its majority Muslim population has little support from the government, leaving many vulnerable to the financial impacts of COVID-19. Its infrastructure is still developing as it only gained greater autonomy in 2019. With help from the U.N., the government is focusing on creating long term solutions. The government hopes to better respond to crises and provide essential aid to the citizens of Bangsamoro.

The History of Bangsamoro

The Philippines has experienced long periods of conflict concentrated mainly in Mindanao, an island that makes up a large portion of Bangsamoro. Clashes between Muslim separatist groups and the government have been fueled by the desire for wider self-rule and autonomy in the region. While little outreach towards Muslim communities has made it difficult to know the true numbers of Muslims in the Philippines, they remain a minority with various studies estimating that they make up anywhere from 6 to 11% of the population.

Poverty, Displacement and COVID-19 in Bangsamoro

One-third of the Philippines’ poor population lives in Mindanao. The World Bank identifies that economic advancement in the region is key to reduce poverty in the entire country. A major factor affecting the financial stability of individuals (specifically in Mindanao) is displacement. The Internal Displacement Monitoring Centre (IDMC) cites conflict and natural disasters as the main perpetrators of displacement. The Philippines lies in the Pacific Ring of Fire meaning it experiences a high risk of floods, storms and earthquakes. Typhoon Kammuri, which hit the Philippines in December 2019, displaced over 1.4 million people. In terms of conflict-related displacement, violence between smaller rebel groups fighting for the full independence of Bangsamoro and the military still occurs. This conflict mainly focused on Mindanao displaced 183,000 people in 2019.

The Philippines has the highest number of COVID-19 cases of any country in Southeast Asia. Coupled with little government support or social protections, the economic effects of COVID-19 have left a lot of families in vulnerable situations. With government measures being largely viewed as uncoordinated, case counts continued to rise despite the several lockdowns that were put in place. For low-income households, taking preventative measures against COVID-19 is difficult, especially for those who have large families to support.

The U.N.’s main focus in Bangsamoro is supporting vulnerable children and families. The organization cites that 74.3% of families were considered poor in 2018. More than two-thirds of children in Bangsamoro were in poverty. This is one of the highest child poverty rates in all of the Philippines. These individuals face more financial risks due to the effects of conflict and natural disasters on the region. To bridge the gap between the high poverty rates and the lack of government aid, the U.N.’s Food and Agriculture Organization and Children’s Fund recently partnered with the government. The U.N.’s work will focus on building long-term structures for social aid, collecting data on poverty and strengthening emergency responses in the region.

Due to a history of instability, Bangsamoro is still a struggling region. The threat of COVID-19 has hindered development and caused a lot of financial devastation. As a result, this contributes to poverty in the Southern Philippines. The Philippines’ government has taken major steps towards progress by granting the region more autonomy. The government partners with the U.N. to provide essential and long term aid to vulnerable populations. With a sustained push for long-lasting solutions, the region will be able to progress both politically and financially.