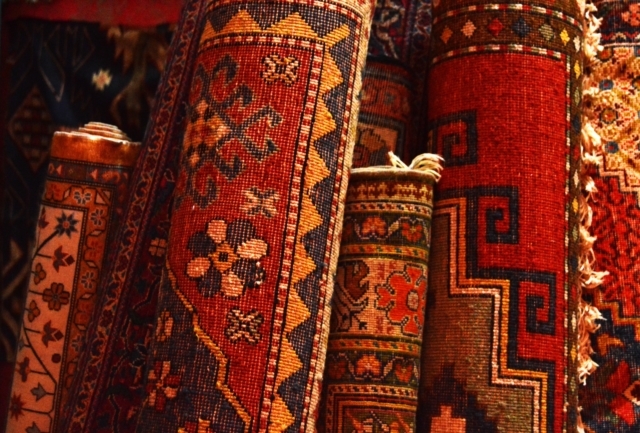 During the 600-year reign of the Ottoman Empire, many ethnicities and religions were living within the controlled territories. The Ottoman Empire was an Islamic state and many non-Muslim minorities were subject to discrimination and persecution. Among these populations were Armenians who primarily followed Armenian Apostolic Christianity.

In the early 20th century, the Ottoman Empire, including the modern-day territory of Armenia, underwent drastic political changes. The Ottoman Empire gave way to a Turkish nationalist movement called the Young Turks. The Young Turks aimed to attain a religiously Muslim and ethnically Turkish state. On April 24, 1915, Turkish officials corralled nearly 250 Armenian scholars, intellectuals and leaders with the express intent to execute. The Armenian genocide lasted until 1923 with an estimated 1.5 million Armenians massacred. Forced conversion to Islam occurred for the few ethnic Armenians who remained.

San Fernando Valley in California is one community Armenians have migrated to, making up 40% of the city’s total population. However, the size of the community itself does not guarantee Armenian-Americans’ economic or social welfare. The Los Angeles Times found that while some second or third-generation Armenian-Americans may be wealthy, more recent immigrants still struggle to provide for themselves and live in low-income areas.

Poverty in Armenia is also an issue. In 2019, more than a quarter of citizens in Armenia lived below the poverty line. In addition, more than 20% of the country’s population experienced unemployment in 2020. The Armenian government’s deep issues of corruption affect the poverty rates and the attitudes of citizens. Around the world, Armenians still face the material effects of the Armenian genocide as a result of forced migration. The corruption in their homeland comes with government denial of the genocide itself. Without the lack of support from their government, Armenian citizens live lives of struggle.

To overcome poverty and bring awareness to the Armenian genocide, the Washington-based Armenian Rugs Society was established in 1980 and teaches history through rug weaving. As one of Armenia’s oldest art forms, the Armenian Rugs Society highlights the thousands of years of rug weaving within Armenian culture. The tradition traces back to the brave artisans who worked through decades of hardship. To honor this history, one goal of the organization is to highlight rugs made by orphans who survived the Armenian genocide.

The Armenian Rugs Society, using member contributions, has showcased exhibitions of carefully preserved rugs. The organization has also conducted community events in highly-populated Armenian areas like Glendale, California, hosting its Weaving for Survival conference in the city in 2015. The conference focused on expressing the resilience of Armenian genocide survivors, bringing hope to refugees visiting the exhibit. The show displayed woven rugs, embroideries and lacework made in post-genocidal refugee camps throughout the Middle East. The exhibit’s message was positive, aiming to inspire “the groundwork for a better future for themselves and their children,” through the art and history displayed. The Armenian Rugs Society also teamed up with a nonprofit to teach rugmaking to more than 400 learners in nine different Armenian villages, bringing homage to Armenian culture and creating opportunities for income.

On April 24, 2021, President Biden gave U.S. recognition to the Armenian genocide on its 106-year anniversary. Activist groups and Armenians around the world welcomed this recognition. Biden stated, “Let us renew our shared resolve to prevent future atrocities from occurring anywhere in the world.” The Armenian Rugs Society continues its work to “represent, support and preserve Armenian woven arts” as a reminder of Armenian resilience.