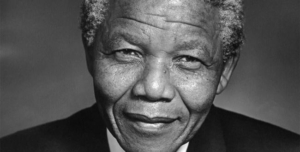 Forgiveness, depending on individual tolerance and level of wrong-doing, comes easier for some than it does for others. However, it is difficult to find a more selfless, modern-day message of forgiveness than that of Nelson Mandela’s life story. After being imprisoned in South Africa for 27 years, simply for his protest of Apartheid, one might expect that he would hold at least a small grudge. But, as he so eloquently said himself, “As I walked out the door toward the gate that would lead to my freedom, I knew if I didn’t leave my bitterness and hatred behind, I’d still be in prison.” Nelson Mandela’s quotes on forgiveness inspire many people to follow in his footsteps of compassion.

These nine Nelson Mandela quotes on forgiveness help give a better understanding of the power that lies in forgiving. One consistent trend throughout these Nelson Mandela quotes on forgiveness – and in life itself – is that forgiveness provides a sense of freedom. Often, the verbal and physical abuse that discriminators throw at marginalized groups serves as an emotional shackle. Forgiving the wrong-doer and learning from the experience can help lift the internal weight on one’s soul. Mandela emphasizes how forgiveness can be such a respectable and responsible approach to take when dealing with hate and injustice.