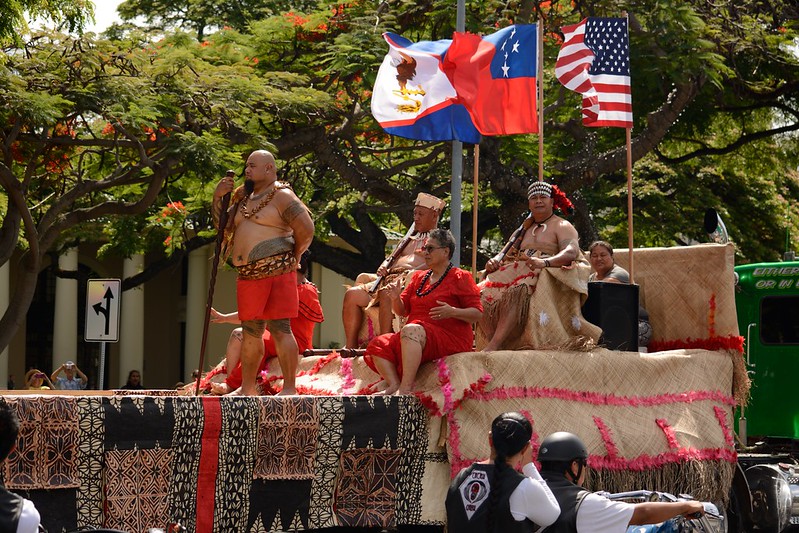 American Samoa is a small group of islands in the Pacific Ocean south of Hawaii. As a U.S. territory, American Samoa upholds the fundamental rights of the constitution, and its citizens are considered U.S. nationals.  The territory status of American Samoa keeps it from receiving foreign aid from other developed nations as the U.S. is the only nation to send foreign aid. The U.S. benefits from foreign aid to American Samoa in many ways such as:

The U.S. benefits from foreign aid to American Samoa as the territory works diligently to improve environmental conditions.

In January 2018, the U.S. Environmental Protection Agency awarded a total of $10.7 million to the American Samoa Environmental Protection Agency. The aid provided will go to strengthening its capacity to protect human health, the environment and vital water infrastructure. American Samoa has many projects to utilize the aid, benefiting and improving the lives of U.S. citizens as well as the U.S. nationals living on the islands.

American Samoa plans on severely reducing its carbon emissions and the emissions from diesel fuels, aiming for 100 percent renewable energy generation for the outer islands’ electric power system by 2040. In an interconnected world, the reduction of one nation’s carbon emissions can improve the air and water quality of the entire world in a global strategy for combatting climate change.

The Paris Agreement, currently supported by 175 countries, highlights the importance of every nation reducing carbon emissions. According to the U.N., carbon emissions from human activities are driving climate change which now affects every nation on the planet through: changing weather patterns, rising sea level, and the increased presence of more extreme weather events.

The importance of coral reefs to the ecosystem and every human being’s quality of life cannot be understated. Often overlooked, coral reefs are responsible for protecting coastlines from flooding during tropical storms, providing vital marine life with shelter and assisting in carbon and nitrogen fixing.

The diversity of sea life is essential to the fishing industry in the United States. Many fish spawn in coral reefs. Juvenile fish spend a large portion of their time there before making their way to the open sea. Without coral reefs, the global economy would suffer huge losses of $375 billion annually from Australia to Florida.

Without the presence of thriving coral reefs, it is expected that more than 4,000 species of marine life that call the reef home face extinction. Among the multitude of species at risk are tuna, sea turtles, spiny lobsters and dolphins.

Home to the Chicken of the Sea and Starkist Samoa tuna canneries, American Samoa faces nearly zero tariffs when importing goods to the United States. This effectively works to keep costs low for consumers. Furthermore, American Samoa is exempt from the federal law prohibiting foreign commercial fishing vessels from offloading tuna at U.S. ports. It is estimated the tuna canning supplied to the U.S. is worth $500 million a year.

The benefits of foreign aid are symbiotic. Through providing funds to empower American Samoa to take on environmental initiatives, grow local businesses and create valuable trade partnerships, the U.S. benefits from foreign aid to American Samoa. 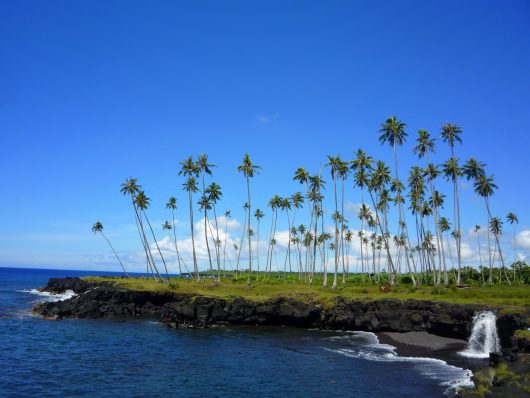 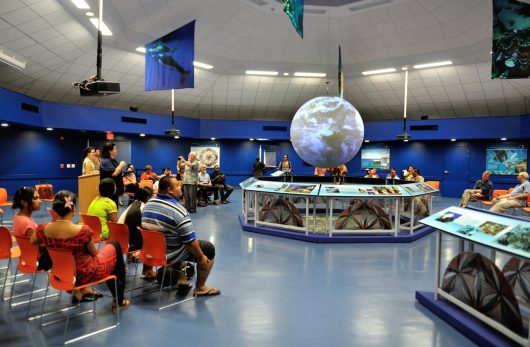 American Samoa is a territory of the United States, located in the South Pacific. It is largely a traditional Polynesian economy, where 90 percent of the land is communally owned. The economy of America Samoa is strongly linked to its top trading partner, the United States. American Samoa received a $9.5 million grant from the Office of Insular Affairs under its Capital Improvement Project Program in July 2016. This funding was to bolster projects regarding infrastructure in American Samoa, furthering projects in education, health and transportation.

This grant was split into several avenues to improve the territory. About $1.7 million went to the maintenance or complete overhaul of tugboats belonging to the Department of Port Administration, which serve the main trade location, Pago Pago Harbor. Smaller allotments of the grant went to Pago Pago Port to fix drainage problems and other adverse runoff effects on the coast.

This harbor is crucial for commerce because American Samoa’s tuna industry is a large part of the economy. This harbor allows for exports to the United States, tuna being the backbone of the private sector and canned tuna being the nation’s largest export.

Another large portion of the grant went to the development of education and health. School buses were funded for a better, safer way for students to travel. The construction of a new high school equipped with ten classrooms, a band room and tech shop and maintenance for the Aua Elementary school were included in this expenditure.

The LBJ Tropical Medical Center Labor, Delivery and Operating Room project received $1.7 million. This funding will help to begin development of this medical center that is forecast to cost $14 million in total.

With trade and education underway, current concerns deal with freshwater resources and supplying clean, safe water to the people. Substantial funds from the water division of the government went to improving water catchments and pipelines.

To promote American Samoa as an investment and strengthen group partnership, the EDIPAS is split into seven areas: transportation and infrastructure, new business and industry, federal government constraints and business climate, agriculture, tourism, fisheries and workforce development.  Goals set out in this plan and other fiscal plans regarding aid will better equip the government to increase economic development in American Samoa.

The International Panel on Climate Change, or IPCC estimates a one meter sea level rise if global temperatures increase by four degrees Celsius. This could happen by the year 2100 and would render the small island nations of Kiribati, Maldives, Marshall Islands and Tuvalu uninhabitable.

The dire situation of low-lying island states has prompted the World Bank Group to announce a Small Island States Resilience Initiative. The Initiative was prompted by the outspoken leaders of the island states who have asked the world for assistance.

“As some of the most threatened people and places on the planet, small island nations are stepping up their efforts to deal with climate change. This Initiative is designed to address the specific needs of small islands and make it easier, faster and simpler to access funding to deal with resilience and climate change,” explains Rachel Kyte, WBG vice president and Special Envoy for Climate Change.

The WBG will also increase its aid to the island states to $190 million from $145 million per year.

Small island developing states have realized that they do not have it within their capacity to prepare themselves for the impending rise in sea level. The increased aid from the World Bank will help preserve the diverse culture, ecosystems and indigenous knowledge that the SIDS hold.

The World Bank Group is not the only organization that recognizes the importance and need of the Small island developing states: many various organizations have donated to projects focused on climate and disaster resilience. However, instead of helping, this has served to overburden the government. Samoa has to manage 14 different projects, while the Solomon Islands is struggling under the load of 22.

“Our hope is that this Initiative will help pool donor resources available now, reduce transaction costs, allow for economies of scale across countries, and above all, lay the ground work for direct country access to global climate fund,” said Kyte.