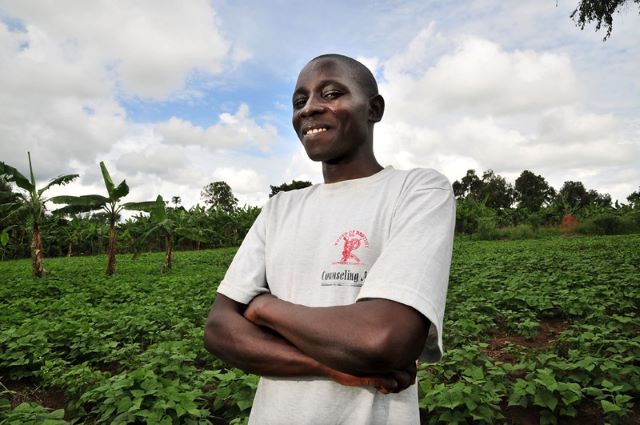 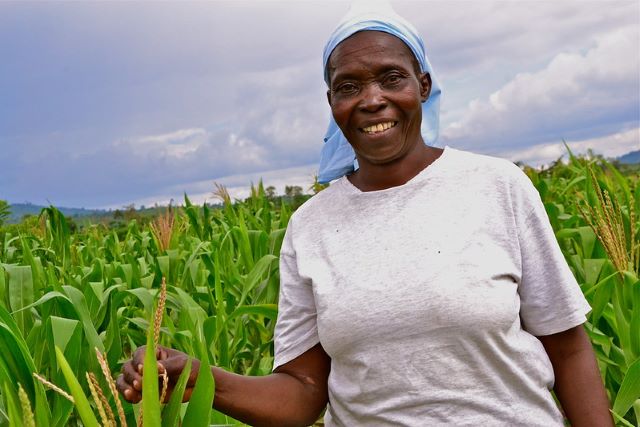 Artificial Intelligence seems like a far-off concept reserved for science fiction. In truth, AI is present in modern life and the advancements in this technology are being used to combat global poverty. Most prominently, computer scientists and engineers are improving the ways that AI increases food security globally. The need for utilizing technology in food security is essential to protect more than 800 million people suffering from hunger worldwide.

A vital step to protect food security is looking ahead and responding proactively to potential problems. The Nutrition Early Warning System (NEWS) works by gathering massive amounts of data from vast sources to forecast developing situations affecting food supply. NEWS is a perfect example of how AI increases food security with constant improvements in its system to enhance response times to price changes, poor weather conditions for food development and other global crop issues.

The effectiveness of machine learning far surpasses human data collection and these types of technology have already seen success. Through the algorithms created by AI technology, a forecasted drought prevented many Colombian farmers from planting crops that would not have been fruitful. This prediction saved the farmers millions of dollars by avoiding crop loss during the dry spell. Preserving large amounts of money to spend during opportune times is another way AI increases food security and stabilizes supply.

People living in rural areas that work in farming communities are usually the most susceptible to extreme poverty. AI can improve working conditions and modernize agriculture to protect vulnerable populations and provide them with upward economic mobility through technology education and increased crop production.

AI robotics is revolutionizing agriculture and crop harvesting robots as well as AI-enhanced drones are increasing production and keeping workers safe. Robotic weed control allows for the proper and safe distribution of herbicides that can be harmful to humans. This also prevents herbicide resistance. In Argentina, drones inspect wheat crops for harmful infections and pests. AI increases food security by diagnosing soil conditions as well. This technology allows workers to implement the necessary strategies for correcting nutrient deficiencies.

The most important aspect of these technologies is that they provide benefits but will not reduce the need for actual workers. Though education in these fields can be expensive, the skills learned will add value and mobilize people out of extreme poverty.

The Future of Food Security

As time progresses, AI will improve and become more common, eventually becoming cheaper and more accessible worldwide. With the rapid advancement in this technology and what is already in place to sustain food security using AI, a hunger-free world is a closer reality. 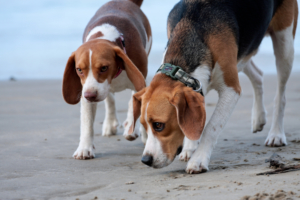 The global climate is changing and food demands are increasing. As a result, the threat of crop pests and diseases could mean widespread hunger, especially for at-risk populations. The nature of many agricultural pests and pathogens compound this problem as they are widespread, highly specified and difficult to detect.

Containment of these diseases can only occur once the diseases become detectable. By this stage, the damage has already affected significant amounts of crops beyond the point of recovery and containment. One disease alone can cause financial losses in the hundreds of millions. A single outbreak of Karnal bunt fungus in North Texas caused a $250 million loss in revenue in 2001.

The world’s food supply faces increased biological threats due to climate change, increased travel between countries and increases in large-scale food production. The need for food increases each year as well, with a predicted 9 billion people in need by 2050. Mass agriculture of staple crops, such as wheat, rice, palm, cassava and various fruit and vegetables, face dangers unique to each crop:

Additionally, the loss of staple foods to crop pests and diseases can contribute to livestock malnutrition. Roughly 36% of the world’s crops are grown for feeding livestock. In some developing countries, these animals are essential to meeting a minimum caloric intake. Thus, famine in developing countries can commonly be exacerbated by a secondary loss in crop-dependent food supplies, such as cattle or goats.

However, a potential solution to the malnutrition of both humans and livestock lies in an unforeseen place.

A dog’s sense of smell is consistently strong, with some odors detectable in parts per trillion. The scent abilities of the world’s four-legged canine friends have an ancient history of benefits. This includes successful applications in hunting, national security, border patrol, medicine and agriculture. This skill also makes dogs well suited for training in detecting crop pests and diseases.

Dogs have a particular knack for new scents, described as a form of neophilia. “This technology is thousands of years old – the dog’s nose; we’ve just trained dogs to hunt new prey: the bacteria that causes a very damaging crop disease,” says U.S. Department of Agriculture Researcher Timothy Gottwald.

Agricultural scientists approve of this new application (detection of crop pests and diseases) of a canine’s olfactory system. Equally important to note is the cost-saving potential of training dogs over traditional identification and lab processing as money is a pivotal issue in developing countries when eradicating crop diseases.

Food security, the increase in crop pests and diseases and the costs of testing for agricultural diseases is a dynamic problem combination in need of unique solutions. To date, dogs have been successful in identifying crop diseases such as clubroot, wheat rust and citrus greening. The sensory abilities of dogs also show promise in early and accurate detection. These early successes imply that training canine companions can be a worthwhile and life-saving venture for millions of food-insecure people in the future.