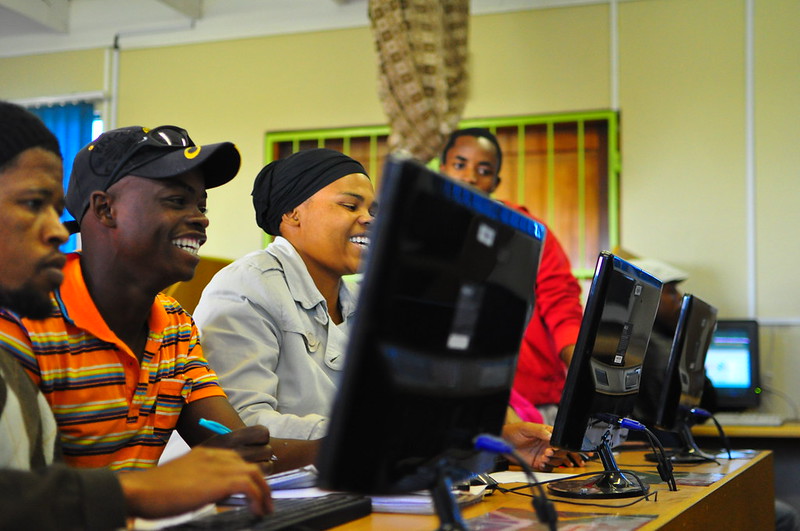 Cryptocurrencies, online banking and mobile phones are the tools of the 21st century to combat global poverty. For Africa, these technological innovations may be the help necessary to get the world’s most concentrated area of impoverished people out of poor living conditions. Here is some information about Africa’s tech industry.

Africa’s tech industry has picked up pace in development over the last few years as international companies invest in local start-ups, creating technological hubs throughout the continent. With these tech hubs sprouting up throughout Africa, some of the poorest countries in the world are now able to access the internet, online banking and other digital enterprise advantages. There are more than 600 tech hubs across Africa providing jobs, resources and digital technologies. The three largest tech hubs in Africa are in Lagos, Nigeria; Cape Town, South Africa; and Nairobi, Kenya.

Although tech hubs provide internet access to many areas in Africa, the International Monetary Fund (IMF) reports that some countries like Rwanda and Nigeria have a high percentage of access to the internet. However, only 28% of Africa’s overall population uses the internet.

This hurts the potential benefits that people can gain from these advancements because with all the innovations sprouting up throughout the world today, the first tool necessary in technological economic advancement is access to the internet. Without internet access, many programs such as online banking apps or AgTech innovations could not function. For Africa to utilize the growing tech industry on its home front, basic technological infrastructure must undergo intercontinental establishment.

With such a large number of developing countries on one continent, the issues surrounding global poverty are ever-more pertinent. Africa is home to the top impoverished nations in the world, with nearly 70% of all the world’s poor people living in sub-Saharan Africa.

“Innovation, and the digital information technology that accompanies it, has become a necessary component of any effort to address such challenges as food security, education, health, energy, and competitiveness,” IMF reported. “Africa must shift its focus to retaining and creating wealth, better managing its resources, fostering inclusiveness, moving up on global value chains, diversifying its economies, optimizing the energy mix, and placing human capital at the center of policymaking.”

One of the most significant investment programs happening in pan-Africa’s technological ecosystem is through the Global Innovation Initiative Group (GIIG), which recently started a $100 million program funding local tech start-ups in Africa. It aims to bring Africa up to speed in global network connectivity within the borders of Africa.

IBM, a global powerhouse in Information and Communication Technologies (ICT), has recently expanded its operations for cloud services in Africa, working with the pan-African bank, Ecobank, to provide online banking services to 33 countries.

A blockchain currency banking start-up in Africa, called KamPay, will soon launch in seven countries allowing more than 50 million potential users to make daily transactions with businesses and individuals. The company will be launching an “e-voucher system” for farmers to access means for growing crops more affordable, as a recent Forbes article has explained.

With the push from outside investors, international monitoring and local support, Africa’s tech industry is beginning to implement into the lives of the poor, giving them the tools and resources to lift themselves into a better standard of living. Only time and future investments and development into Africa’s tech world will prove how its innovative solutions in the fight against global poverty will spread. 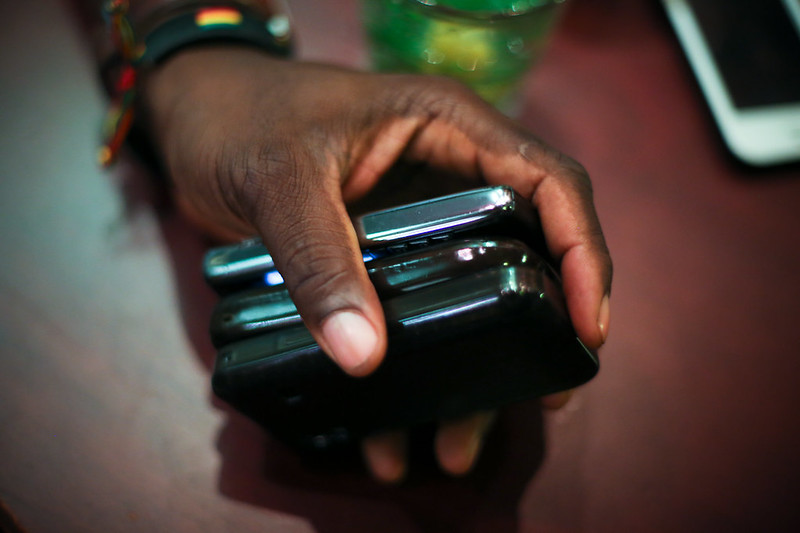 Prior to the arrival of Airtel Africa, implementing and maintaining a large-scale telecommunications company in sub-Saharan Africa seemed unthinkable. But, in 2009, when Airtel set up shop in Africa, the cellphone, once a luxury available only to the upper-class, became a simple and affordable tool for the average person. With more than 100 million subscribers in 2019, Airtel Africa represents a game-changing shift in the accessibility of mobile connections in Africa while providing employment to 1.6 million people across the continent. When its first major operation in sub-Saharan Africa began in 2008 with the acquisition and transformation of smaller telecommunications companies within the continent, the face of the average African cellphone user began to shift dramatically.

While it is difficult to measure the number of unique users of mobile phones, as of 2019, sub-Saharan Africa noted 747 million SIM connections, accounting for 75% of the population. The increased accessibility of cellphone access in this region is largely credited to Airtel Africa’s groundbreakingly affordable prices, with a basic handset, SIM card and prepaid credit voucher available for just $20.

A portion of Airtel Africa’s impact is also attributed to the company’s radical construction of cellphone towers across sub-Saharan Africa. Airtel Africa has targeted the capitals of all 14 countries in which it operates, with 4G live in each city and plans to expand to rural areas as well. The company’s largest investment is in Nigeria, with the construction of 30,000 towers across the nation. From 2008 to 2018, rates of Nigerian cellphone subscriptions rose from 2 million to 172 million.

One of the most significant causes of increasing mobile connections in Africa is visible in Kenya where rates of cellphone ownership rose from just 1% in 2002 to 39% in 2014. The effects of increased mobile connections in Kenya are exemplified by the development of its online economy through developments such as Kenya Internet Exchange Point, an international axis for the country’s mobile technology. Today, urban Kenya serves as a hub for novel advancements in information technology that serves populations across the globe.

Additionally, thanks to increased rates of cellphone usage, mobile banking in Kenya has become more widely available than ever before. The accessibility of online banking allows those abroad to easily send remittances to underserved populations in rural areas without the hefty fees that once came with international money transfers. This cash flow allows rural populations to lead better quality lives while bolstering the local economy and filling the gap between developed and developing nations.

Evidently, cellphones in sub-Saharan Africa have also come to fill an important role in the world of education. In one 2015 field study, researchers found that students and teachers alike utilized smartphones as multipurpose tools for education.

At the student level, 37.5% of surveyed students in Ghana, 36.9% in Malawi and 60.9% in South Africa reported receiving funding for their education, including uniforms, books and lunches through their smartphones. Aside from being a source of mobile money, school children also used smartphones for their calculator applications, internet search abilities and as a light source in areas with little to no electricity. In other words, smartphones fill crucial gaps for students with limited access to educational resources in and outside the classroom.

Likewise, in all three countries surveyed, teachers reported using their smartphones to access more detailed information in the classroom. As one teacher in Ghana reports, “I try to get current issues for illustration in class.” In short, the mobile connection in Africa represents radical economic growth that allows those stuck in poverty to become upwardly mobile and create better lives for themselves and their communities. By working to allow the average, often underserved person, to easily access a cellphone connection, Airtel Africa has created a new world of possibilities for the future of development in Africa.