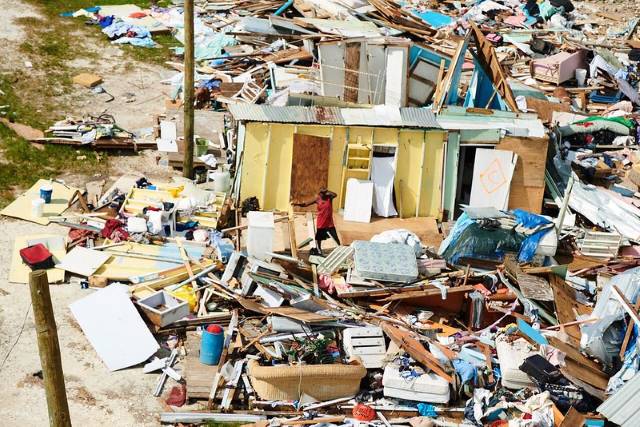 Hurricane Dorian made landfall in The Bahamas on Sept. 3, 2019. It loitered for three days over Grand Bahama and the Abaco Islands, the northernmost parts of the archipelago. A Category 5 hurricane, it was the worst storm ever to befall the small island nation. The Inter-American Development Bank (IDB) estimates Hurricane Dorian’s damages to The Bahamas at $3.4 billion, including almost $15 million in housing damage. All of the damage has led to severe cases of homelessness in The Bahamas.

The United States Agency for International Development (USAID) estimates that Dorian destroyed 1,100 buildings and damaged 2,300 more in the Abaco Islands’ largest town, Marsh Harbor, alone. Among displaced Bahamians, Maxine Ferguson, mother of two teenage boys, former hotel employee and lifelong resident in Abaco, has neither insurance nor the money to rebuild her home. She shares her predicament with many Dorian survivors, thousands of whom struggle to find new sources of income following the hurricane’s destruction of their former workplaces without cars or clothes for interviews.

Economic Impact of the Storm

Due to the hurricane, the nation faces a complicated and expensive process of combating homelessness. Homelessness in The Bahamas has also proved to be a struggle in the months following the storm. Dr. Pallab Mozumder, an environmental economist at Florida International University, predicts the cost of public and private reconstruction in the Northern Bahamas could reach $15 to $25 billion.

Besides immediate construction costs, Dorian has had an ongoing economic impact on some of the nation’s largest industries, including fisheries, agriculture and tourism. The economic impact is due to asset damage, loss of potential revenue and loss of additional public and private spending.

Tourism supports nearly half of The Bahama’s $5.7 billion GDP. Fortunately, large resort locations in Nassau, the nation’s capital, remained unharmed during the storm. These locations are in other southern areas of the archipelago as well. However, smaller resorts and rentals in the Grand Bahama and Abaco Islands, which are the locations of 19% of all hotel rooms in the nation, were destroyed.

Opportunities for a Storm-Resilient Future

So far, Hurricane Dorian has had an economic impact that has exacerbated homelessness in The Bahamas. However, the storm’s infrastructural destruction offers a novel opportunity to emphasize storm resiliency. This opportunity is available in government and private financing of future construction and conservation projects on the impacted islands. Bahamians like Ken Hutton, head of the Abaco Chamber of Commerce and founder of Project Resurrect, advocate to make green, storm-resilient construction a priority as The Bahamas rebuilds a devastated community.

Investing in coastal forests, mangroves, coral reefs and seagrasses surrounding the islands would provide future storm resiliency. This study, among others, indicates that healthy natural ecosystems defend communities against storms more resiliently than manmade infrastructure. In fact, manmade infrastructure can be costly to build and maintain. The health of marine ecosystems also contributes to fishery health, which protects industries like tourism and fishing in the storm’s economic aftermath.

Further safeguards to protect against storm-induced homelessness in The Bahamas include settlement relocation and storm-resilient infrastructure design. Possibilities include revised building codes that mandate elevated structures to prevent flooding as well as the installation of windows. These revisions also include doors that can withstand high wind speeds, underground utility systems and strategic placement of dunes and indigenous plants to aid site drainage.