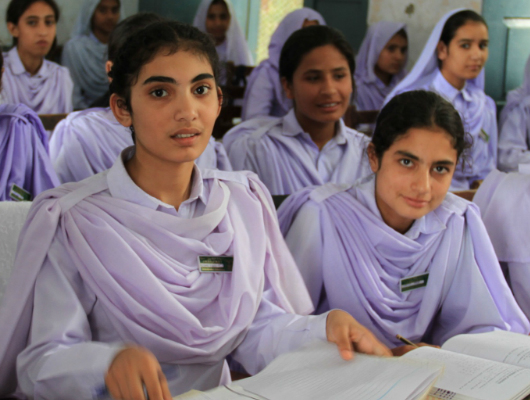 Research done by CARE found that girls in 26 countries are more likely to be forced into marriage before the age of 18 than to enroll in secondary school. The report Vows of Poverty was released on Oct. 11, 2015, the same day as International Day of the Girl.

The two stunning figures presented in the report were: 39,000 girls around the world are forced to marry each day, and 62 million girls are currently not in school, with half of them being adolescents.

The tradition of child marriage is what continues the cycle of poverty in developing countries. “Every time a girl under 18 is forced into marriage or prevented from attending school, it’s a missed opportunity to improve that girl’s life and strike at the roots of poverty,” said CARE Australia Chief Executive Dr. Julia Newton-Howes.

The U.S. Department of State initiated an Adolescent Girl Strategy in cooperation with the UN Sustainable Development Goals (SDGs) for 2030. The strategy focuses on enhancing American foreign policy to end child marriage.

President Obama and First Lady Michelle Obama encourage efforts to educate adolescent girls through the Let Girls Learn initiative, which focuses on “community-led solutions that reduce barriers between adolescent girls and their education, including the elimination of child marriage.”

In the Amhara region of Ethiopia, communities have stopped at least 180 child marriages since 2013 thanks to the TESFA program. CARE partnered with the International Center for Research on Women (ICRW) and the Nike Foundation to break the cycle of poverty. The program focused on improving girls’ education, health, business and financial literacy.

In Bangladesh, the local women’s empowerment group, EKATA, works to end the tradition of child marriage by discussing with parents the adverse effects of the practice and urging them not to force their daughters into early marriage.

Seeing as poverty promotes child marriage practices, in South Sudan cash incentives are given to parents who enroll or keep their daughters in school. In Senegal, community and religious leaders publicly criticize the practice of child marriage.

“We focus on women and girls because we know that empowering women is the key to ending poverty,” stated Howes.