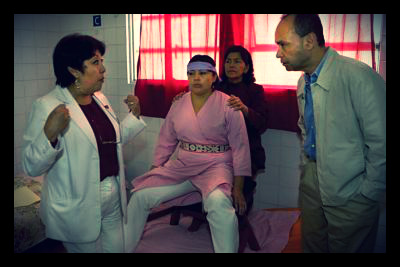 Can changing the color of bed sheets save lives? CARE’s work in Peru proves it can.

CARE is a major international humanitarian organization whose acronym stands for Cooperative for Assistance and Relief Everywhere. The organization, one of the largest and oldest of its kind, delivers both emergency aid and long-term development projects all over the world. It’s committed to “smart, culturally savvy solutions for the problems that affect communities all over the world.”  Solutions it has dubbed ‘CARE Hacks.’

Among them is its ‘Think Pink’ hack based in rural Peru. In the town of Ayucucho, the maternal death rate in 2000 was notably high at 240 per 100,000 mothers dying due to pregnancy-related causes. By comparison, Peru’s national maternal death rate was half that at the time. As a part of its efforts to bring this number among rural populations down, CARE changed the color of the bed sheets at health clinics.

In western cultures, white sheets connote cleanliness and health. In this rural Peruvian region, however, it is the color of death. Thus, by switching out the white sheets for pink ones, CARE encouraged more women to seek out treatment at clinics. This and other efforts in the area have cut the maternal death rate in half.

Another CARE hack, the bead game, was developed to confront damaging gender norms. With two colored beads representing the Y and X chromosomes respectively, playing the game provides a visual representation of how the sex of a baby is determined.

Designed for parts of the world where women feel pressure to give birth to boys, the game’s central takeaway is that it’s the chromosome from the man that dictates the sex of the baby. The takeaway resonates among women who are often blamed and stigmatized for not producing male offspring. The game is a part of CARE’s community outreach efforts dedicated to ending gender-based violence.

In Bangladesh, CARE worked with community leaders on solutions for people looking to earn a living in areas affected by severe and frequent flooding. Many people – especially women – raise poultry to sustain a livelihood. However, chickens are prone to drowning in times of severe flooding and as a result devastate household incomes.

The solution? CARE and its local partners aided women from flood-prone areas by swapping cultivation of chickens for cultivation of ducks. The idea has borne fruit, increasing the resilience of a number of families to the devastation of increased flooding due to climate change.

Other CARE Hacks include a mobile banking program in Tanzania and the introduction of fuel-efficient stoves in Sudan, among others. What links all the “hack” initiatives is a commitment to finding culturally in tune innovations to address the problems facing the world’s most vulnerable communities.