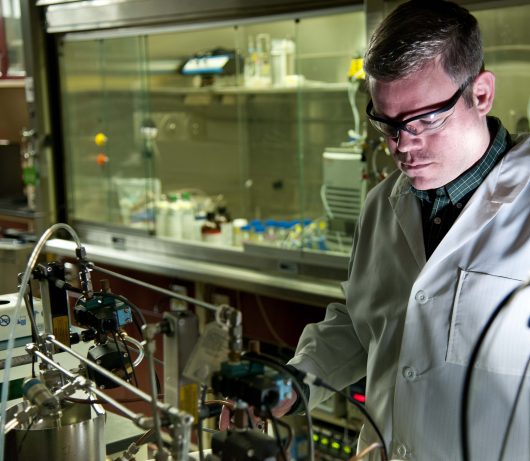 Graphene’s potential to eliminate poverty first arose in 2004 at the University of Manchester, when its benefits were discovered by Professors Andre Geim and Kostya Novolseov. In removing some flakes from a lump of bulk graphite via sticky tape, the scientists noticed that some of the flakes were much thinner than the others. As they continued to separate fragments, they isolated graphene for the very first time.

With a material that is 200 times stronger than steel, 1 million times thinner than human hair and also the world’s most conductive material, the possibilities for graphene production are near limitless. It is believed that graphene possesses the capability to provide clean drinking water for millions. Not only can graphene membranes effectively separate organic solvents from water, but they can also stop helium–the hardest gas to block. Such an ability is vital in the water purification process.

Such technology could help eliminate poverty and prove highly beneficial for developing nations who are currently lacking in access to water purification technology, as well as providing more efficient desalination plants. Graphene has the potential to filter impurities from drinking water and even convert seawater to drinking water.

Graphene also has the potential to dramatically increase the lifespan of a lithium ion battery. Devices, like phones and medical technology, could be charged quickly and hold their charge for much longer periods of time. These batteries would also be light enough to stitch into clothing for easy accessibility.

It has been established that there is great potential for graphene to revolutionize the way in which organizations and governments work to eliminate extreme poverty; however, it could also aid in environmental issues.

The National Graphene Institute at the University Manchester is currently collaborating with over 40 international companies to explore the possibilities of graphene’s potential in grid applications, as well as the storage of both solar and wind power.

As good as the product sounds, development is a problem: production is expensive and there is little research on the optimal methodology to create it.

Recently, the Spanish company Graphenea claimed to have developed three new batteries: one for electric bicycles, another designed for motorbikes and a third for stationary domestic storage. The company is already selling graphene in small quantities on their website. Although production is scheduled to begin this October, speculation still surrounds the industrial technique used to create the supposedly “cost-effective batteries.”

Regardless of claims regarding Graphenea’s ability to produce the material, graphene could one day revolutionize our society in more ways than one–how poverty is eliminated, the energy sector and how the environment is preserved.