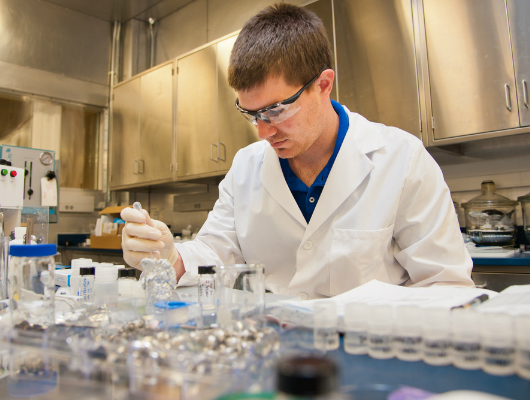 BYU engineers and scientists have teamed up to tackle drug-resistant bacteria, a major global health threat. The goal is to create a faster diagnostic test for blood infections caused by these bacteria, according to the Daily Herald.

“The goal is to take a blood sample and know, within an hour’s time, what the bacteria is and what antibiotic resistance profile it has,” said Adam Woolley, chemistry professor and one of four BYU investigators on the project.

The threat of antibiotic-resistant bacteria plagues countries in all parts of the world, but the most affected areas include developing countries.

In India, over 58,000 babies died in one year as a result of infection. In Thailand, the infections cause over 38,000 deaths per year.

BYU’s $5.4 million system aims to consolidate the process from collecting blood to diagnosing it into one solution, reports the Daily Herald.

However, a project of this proportion will take years. In the meantime, solutions that could aid these efforts include improving conditions in hospitals and communicating these antibiotic-resistant threats to those at risk (i.e. the world’s poor).

In May, the World Health Assembly recognized the urgent need to eradicate these threats and developed a global action plan to tackle antimicrobial resistance, according to the WHO.

As stated in the draft, “The goal of the draft global action plan is to ensure, for as long as possible, continuity of successful treatment and prevention of infectious diseases with effective and safe medicines that are quality-assured, used in a responsible way, and accessible to all who need them.”

In March, the Government of Brazil hosted a meeting to address current gaps in innovation and research and development related to the plan.

In more local terms, the WHO has announced that the first World Antibiotic Awareness Week will be held this year, from Nov. 16 – Nov. 22. The theme of the campaign is Antibiotics: Handle with Care, with the message that “antibiotics are a precious resource and should be preserved.”