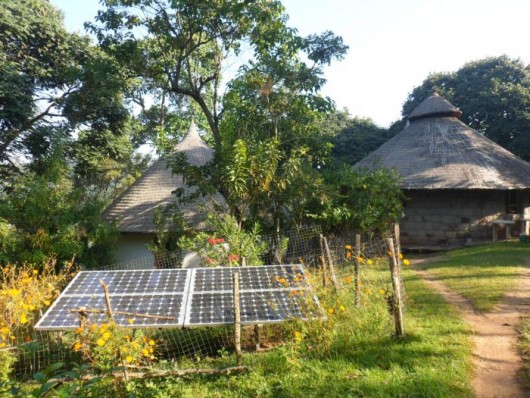 A new report points to renewable energy as the most efficient poverty-fighting strategy rather than burning coal. The study by Oxfam Australia revealed that coal is a poor power source for the majority of people living without electricity.

A report shows that more than one billion people worldwide do not have power and 84 percent of those people live in rural areas. Given that the cost of extending electricity grids to those rural areas offsets any economic incentive of coal power, renewable energy is the cheapest option.

Bradshaw pointed to India as a real-life example of the wide-reaching benefits that the renewable energy strategy can bring. He made the critical distinction that India’s commitment to solar energy comes from a two-part intention: to make power more accessible to everyone but also to avoid emissions that threaten the environment.

The report showed that on top of threatening the country’s environment, the Australian government’s “love affair” with coal threatens Australia’s economic future. Given that renewable energy is looking to be the world’s leading source of electricity within the next 15 years, it is time for Australia to modernize.

Bradshaw even went so far as to accuse the Australian coal industry of falsely promoting coal as the most efficient solution for increasing energy access and reducing poverty across the globe. He claimed that the industry has taken on this strategy in the face of the rapid decline in the value of its assets.

The climate change policy adviser went on to explain the downside of the coal strategy. Along with failing to improve energy access for the world’s poor, burning coal contributes to hundreds of thousands of deaths annually due to air pollution. It is also the single largest contributor to climate change.

Climate change often works to perpetuate the poverty cycle. As explained by Bradshaw, the world’s poorest people can become increasingly vulnerable to increased risks of droughts, floods, hunger and disease that arise from climate change.

Bradshaw pointed out that along with India and China, other major economies have conducted major shifts in energy and climate policy. He urged the public not to zero in on previous shortcomings of the renewable energy strategy. Recently, new technologies like advanced batteries have worked to rectify past problems.

To wrap up his argument, he reminded the public that investors have been shifting their focus away from coal and toward renewable energy due to the evidenced damage that coal-burning can cause. He encouraged Australians and all citizens worldwide to “wake up to the changing global realities.”

There is no telling of the benefits that a united global shift towards renewable energy and away from coal-burning could bring to the worldwide anti-poverty fight. By looking at leading examples like India and China, however, we can rest assured of the majorly progressive steps that such a shift could achieve.

Mounting Anger Over Trash Buildup in BeirutMalawi: Education Over Marriage
Scroll to top