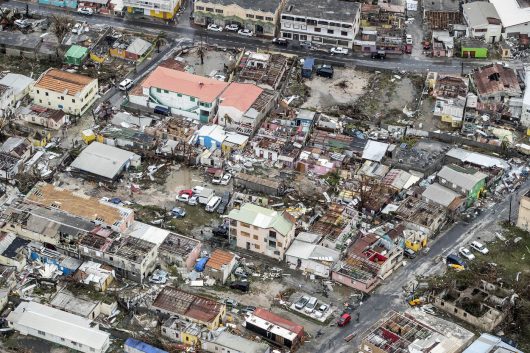 With a rising number of earthquakes, hurricanes and even tsunamis in the world, the need for building business after a natural disaster has also increased. While catastrophe can cause devastation and difficulty, it also creates an opportunity for people and businesses.

A business’ capital, assets and personnel can affect how well a business will recover from a natural disaster. Many businesses in industrial or developed countries have a contingency plan or at least insurance to cover some losses so it can reopen after disaster strikes.

Typically, the bigger the business, the more resources it has access to. However, lack of resources become a bigger obstacle in developing countries. Various agencies from non-governmental organizations to governmental aid produce assistance, but the key is applying it the right way.

An organization that gives free food or resources might be necessary or helpful in the short run but can destroy businesses and economy in the long run. One example occurred in Haiti. After suffering from a 2010 earthquake, the country was flooded with various aid programs. It also received an abundance of donated rice, which in the short term fed many people, but eventually destroyed the country’s rice business.

Nepal faced similar challenges. The 7.8 magnitude earthquake that hit outside Kathmandu resulted in an immediate struggle with fuel and transportation in the six months that followed. Humanitarian aid still rushed in and provided medical care, temporary schooling and shelter, but the lack of total care also created a vacuum.

Nepal’s tourism and energy sectors were hit hard. The tourist industry had to change its strategy to appeal to the domestic market for building business after a natural disaster. Some restaurants came out with alternative menus based on the resources still available. Nepal still has a long way toward total recovery, but learning how to adjust and be flexible has enabled businesses to survive.

More recently, hurricane Maria and Irma devastated 30 percent of the northern Caribbean, hitting Anguilla, Barbuda, British Virgin Islands, Dominica, Puerto Rico and the U.S. Virgin Islands the hardest. Most of the islands rely heavily on tourism. After tending to the general safety of its citizens, the countries’ focus shifted to getting hotels, airports and restaurants back up and running for tourists.

While the Caribbean had help from many outside resources, not all countries have the same access. The turnaround time for some of the islands tourism recovery can be surprisingly short. The British Virgin Islands are focusing their energy on rebuilding the sailing industry and its recovery is expected to take well into 2018. Dominica’s focus is on rebuilding its natural attractions, including reefs. So far, 19 out of 23 major sites have reopened.

The type of business can also impact its resulting success. Haiti has found opportunities for solar energy while Nepal has looked to the potential in its domestic market. The Caribbean was able to bounce back and refocus funds into rebuilding toward their main industry of tourism. Other countries have had to look toward new possibilities building business after a natural disaster as well.