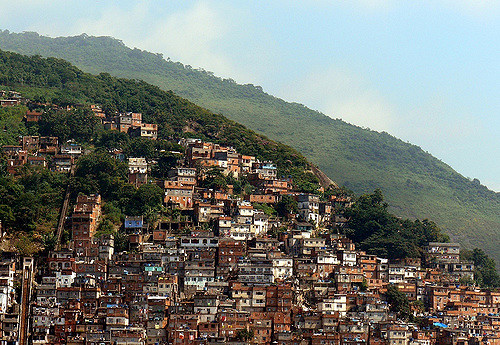 In a mere decade, Brazil’s extreme poverty rate has dropped dramatically. In fact, among the BRIC nations, Brazil has the second-lowest percentage of its population living under the poverty line. Former President Lula’s unprecedented Bolsa Família Program (BF) is modestly responsible for this success.  In 2003, Brazil’s poverty rate stood at 9.7%; in 2013, that percentage was down to 4.3.

The concept of the Bolsa Família program is straightforward and trusting. The BF gives low-income families small cash transfers and in return, the families attend preventative health care visits and keep their children in school.  Bolsa Família has both short and long term goals. In the short term, BF has exceeded expectations.

Not only has BF help halve the poverty rate, but it has also improved income equality by 15%. Historically, Brazil has struggled with social and economic equality. As recent as the 1980s and 1990s, the nation’s poorest 60 percent of the population had only four percent of the total wealth.

The BF’s long term goals are grounded in sustainability, for it provides a more promising future for the youth generation. Through education and health, the BF works to give children opportunities to prosper later in life.  This work breaks the cycle of poverty that many in Brazil face.

The likelihood of a 15-year-old girl being in school has already increased by 21%, and infant mortality rates have significantly dropped. Long term monitoring is required to see the actual long term benefits of the program, but thus far the evidence is encouraging.

Aside from the economic advantages of the program, Bolsa Família has also restored integrity and hope to Brazil’s poor. Most of the beneficiaries of BF are women, and female empowerment leads to a more educated, efficient and modern society.

The first of its kind of such a large scale, BF is an example for the rest of the world. By 2013, 120 different delegations had visited Brazil to find out more about the program, and similar cash transfer programs have already popped up in 40 countries.

BF may be a simple concept, but its innovation and success are far-reaching. By providing 50 million people, or ¼ of the population, with small, monthly cash transfers, Bolsa Família has slashed Brazil’s poverty rate and given poor children better futures.

However, Bolsa Familia is only one part of the government’s four-pronged solution for fighting poverty in Brazil. Other strategies include setting the minimum wage, providing support for rural families, and creating a more formalized employment system.