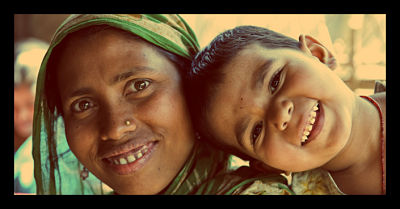 The founder of the BRAC, Sir Fazle Hasan Abed, received the Open Society Prize on Thursday, June 13, a prize given to an outstanding individual whose achievements have contributed substantially to the creation of an open society. Abed’s sentiments on empowering the poor follow the same logic as this statement by him: “we realized that women are the managers of poverty in their households; why not invest in them and make them managers of development.”

Many Americans dislike this idea of sending aid to the world’s poor. Foreign aid conjures up an image of U.S. money, food, and other resources being handed out in other countries like free samples in a supermarket, with the poor and destitute people of the world freeloading on the American taxpayer’s dime.

The reality about foreign aid is that it is an investment for the future of the American economy, and one that will pay large dividends. Nearly all of the United States’ top trading partners were once recipients of foreign aid. Foreign Policy Magazine has described the world’s poor as the largest untapped market on earth, and as the poor rise out of poverty and become consumers, more U.S. jobs are created.

These facts exemplify the power that the poor have in influencing the global marketplace. BRAC, formerly known as the Bangladesh Rural Advancement Committee, recognizes this potential. BRAC employs the world’s poor to make positive impact in their own communities. A far cry from simply handing out food to the world’s poor, it utilizes communities’ own human and material resources to empower members in a holistic approach towards development. This creates sustainable development solutions that have a positive impact on the world’s poor, as well as the global economy.

This represents the real goals of foreign aid and investment. The U.S. invests in the power of the poor and enables them to become managers of their own development. This turns the world’s poor into consumers that buy U.S. products and contribute to a prospering global economy. As 1 in 5 U.S. jobs are export driven, and 45 percent of U.S. exports go to the developing world, consumption by these members of the developing world is crucial for the U.S. economy.