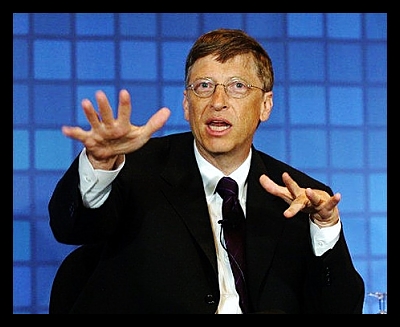 Bill Gates has long been known for his wealth and his philanthropy within the US, but many may not know of his support for Alliance for a Green Revolution in Africa (AGRA) and foreign aid in general. Gates was asked about foreign aid reform after attending the recent world hunger briefing.

When asked to comment on the Obama Administration’s changing food aid reforms, Gates replied that his foundation (The Bill and Melinda Gates Foundation) “puts lots of money into these agricultural issues” because they are highly impactful. He goes on to say that the biggest attack on foreign aid tends to be the fact that foreign aid is often not efficiently used, and that it’s most important to take any opportunity that comes along to improve the efficiency of our foreign aid processes.

“The thing that’s really understated in terms of having some portion (of aid) move to a cash-based approach,” says Gates, “is not just the effectiveness in terms of dollars per person served. But when you are dealing with acute food issues, getting the food there late is extremely damaging to young children.” Without proper nutrition, brain development is slowed permanently and any investment in further education will not be used to its full potential.

Cash based aid also negates the damage that can be done by farmers bringing new quantities of food goods into their markets that already have set stable pricing. As Gates explained, “if farmers come back in and try to sell at market prices, you are actually doing damage to those markets. And it’s always a very tough thing, but if you have a 50-week lead time (for food aid delivery), it’s very hard to tune these things to not actually damage some of these markets”.

While the Obama administration is currently working toward localized food aid in the form of supplies itself, it seems that perhaps cash-based aid would be a more efficient and less disruptive form of aid. With influential members of society like Gates and others rallying behind this type of aid, it may become the dominant form of foreign aid coming from US policy.