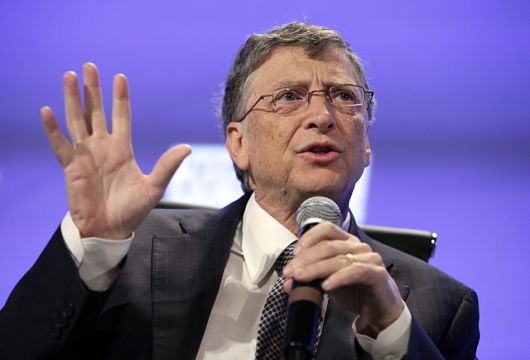 Bill Gates hasn’t spoken much about the global crisis with clean energy that could make poverty and disease even worse than it is today. Until now, that is.

In his most recent post on Gates Notes, his personal blog, Gates wrote about how, as he puts it, the world can “avoid the worst climate change scenarios while also lifting people out of poverty, growing food more efficiently and saving lives by reducing pollution.”

First, Gates suggests creating incentives to innovate. He discusses how, globally, billions of dollars are spent every year on research having to do with clean energy yet the total amount of money is not even close to the amount needed to get the world out of its current mess.

Specifically, he endorses the idea that governments should take the initiative and offer large sums of funding for basic research on clean energy.

His next point has to do with developing a clean energy market that mirrors reality. Current energy markets don’t take into account things like health costs and environmental damage when it comes to reflecting the full impact of carbon emissions.

According to Gates, if markets were to reflect such factors, the competitiveness of renewable energy would surge, leading to more innovators taking notice in the field.

Gates’ final proposal is for the world to treat poor countries fairly, as climate change will hit them the worst. He calls on countries that created the problem to take responsibility when it comes to helping poor countries adjust to a climate that is always changing.

As for the Gates Foundation, the billionaire said it would focus on small farmers, a group that makes up the majority of the poor in the world. Gates said the organization would help them adjust to more unpredictable weather by increasing agricultural productivity.