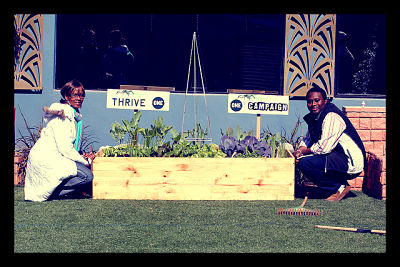 On August 5, the ONE Campaign sent out a press release discussing a recent partnership between ONE Africa and Big Brother Africa to raise awareness about poverty. The collaboration is taking place this week to commemorate the 50th Anniversary of the founding of the African Union (AU).

This is the second year that Big Brother Africa has worked with One Africa to end extreme poverty. The press release stated that, “During this year’s Charity Week, housemates will undertake a series of tasks centered on educating viewers about the most pressing poverty issues facing the continent while highlighting possible solutions.”

In addition, the African Hip Hop star Ice Prince will talk with Big Brother housemates about extreme poverty in Africa and how the AU is working to address it. As part of the events of the week, housemates will choose an issue of poverty that they are passionate about and make a video about it asking the AU to address the issue. Viewers will then be able to vote on their favorite video.

Dr. Sipho S. Moyo, the Africa Director for ONE said, “The Big Brother Africa platform presents an incredible opportunity to highlight the unconscionable plight of extreme poverty, which millions of Africans face on a daily basis. The good news, we know, is that research has shown that extreme poverty can virtually be eradicated by 2030.”

Sources: The One Campaign