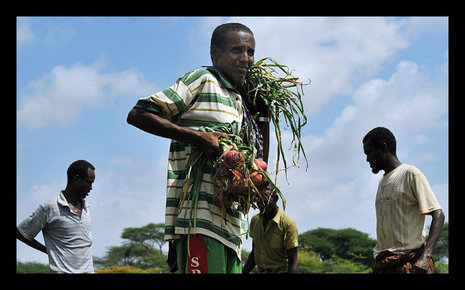 As the G8 summit takes place, poverty reduction is going to be on the tip of everyone’s tongue.  With the final countdown of the Millennium Development Goals looming, everyone is working hard to raise awareness, spread ideas, and figure out new ways to reduce the number of impoverished people in the world.

History is full of individuals like John D. Rockefeller, who eventually turned to philanthropy as a way to fight against the root cause of poverty, and many today are equally aware of the need to fight the core cause of poverty rather than simply fighting the symptoms or outcomes. What they are finding is that good works alone will not eradicate poverty, and organizations like the Rockefeller Foundation are calling for a change. That change is a focus on investment. The goal is to combine philanthropy with profit and urge investors to think in terms of doing well by doing good.

The foundation has called their idea Impact Investing and has doubled its outlay to $2.2 billion in 2011. The concept will be a central idea at the G8 summit.  For a long time, investment was thought to simply be concerned with making a good financial return. Social and environmental goals were accomplished through donations to charities, and perhaps soft loans.  Financial gain did not belong in the world of charitable giving.  But financial growth from investments often bypasses the poor, as is the case in much of the booming India. Financial success has not translated into reducing numbers of malnourished children.

Impact Investing seeks to shift the thinking so that the poor are viewed as potential customers, not victims.  Maintaining ethics and avoiding abuse are key, but the Grameen Bank has helped millions get out of poverty using just such an approach. The bank is able to sustain its achievements by the return on investments it receives.  Growing number of investors are getting involved in Impact Investing, and both JP Morgan and Credit Suisse have estimated investments could reach $1 trillion by the end of decade.

The practice is in its early stages, but investments could just become the most effective poverty reduction method.

Sterilization or Education in India? Slavery’s Last Stronghold in Mauritania
Scroll to top