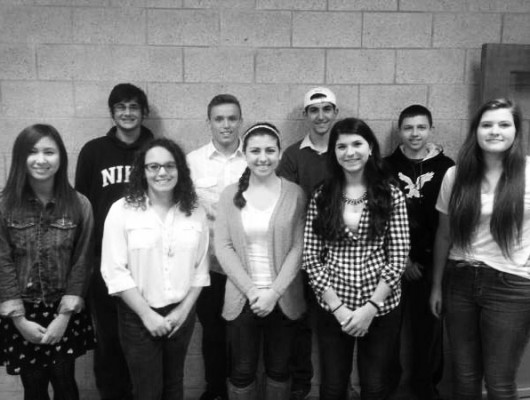 A small number of Berlin’s financially secure recently underwent self-imposed poverty to raise awareness of Germany’s poor, as well as the millions worldwide who live below the poverty line.

Students of Berlin High School (BHS) took the Live Below the Line Challenge by eating only $1.50 worth of food each day for five days. That is the equivalent of two small candy bars or a cheeseburger from McDonald’s.

The idea behind the “walk-a-mile-in-their-shoes” event was to fight global hunger by proving that poverty exists in even the most prosperous countries.

BHS maintained a Facebook page to document the progress of its students. Only four out of 20 participating students completed the five-day challenge, standing as “a testament to how difficult [it is] and hungry nearly one billion humans are around the world every day.”

Zach Ingrasci, co-producer of the 2013 documentary “A Dollar a Day,” describes in his film the difficulty of earning a living on such a low-calorie diet. Ingrasci and three friends lived on a dollar a day for two months while traveling through rural Guatemala.

“When you’re not eating anything, you become incredibly lethargic,” he says in the documentary. “You have zero energy.”

Since the end of World War II, Germany has become the fifth richest country in the world. However, 12.5 million Germans are struggling to make ends meet. In Berlin alone, 21.4 percent of the population lives in poverty.

“We would have the chance to fight this poverty as the fifth richest country in the world, but obviously we have extreme problems of distribution in times of increasing prosperity,” Ulrich Schneider, Head of Germany’s Equal Welfare Organization, told Euro News.

Like Germany, many countries struggle to address the needs of all their citizens. As countries develop and move forward, the poor often fall through the cracks of public awareness. In 2015, the World Bank estimated nearly 10 percent of the global population lives on $1.90 or less per day. Yet that fact has not received the recognition it deserves.

In addition to developing empathy for the critically impoverished, BHS students encouraged family and friends to sponsor their Live Below the Line Challenge. Donations raised by the event went to Heifer International, a charity-based organization that donates livestock to struggling rural communities.

“Our animals provide partners with both food and reliable income, as agricultural products such as milk, eggs and honey can be traded or sold at market,” said Heifer International’s statement.

Experiences such as the Live Below the Line Challenge will help foster a generation that fully understands the detrimental effects of global hunger. Exposure to the issue will better equip future leaders to fight global poverty and put an end to it for good.