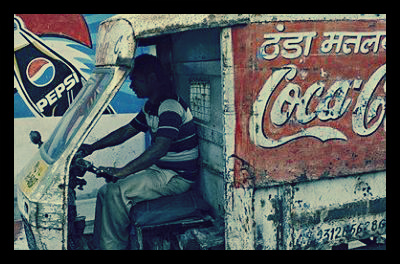 Oxfam is an international confederation of organizations that aims to eradicate poverty in countries all over the globe. Oxfam’s most recent effort, entitled Behind the Brands, urges the world’s largest food and beverage companies to consider the social and environmental impact of their actions. The companies targeted include Coca-Cola, Betty Crocker, Oreo, Pepsi, Trident, Minute Maid, Cheerios and Mazola. According to Raymond Offenheiser, president of Oxfam America, fewer than 500 companies control 70% of the major decisions in the food system including prices, quality standards and investments in technology. This process allows CEOs to extract wealth from the company while the lower levels of the hierarchy, including farmers and women, face most of the hardships and risks. Given this relationship, it is no surprise that 80% of the world’s hungry live in rural areas.

Oxfam has utilized petitions and social media campaigns to call attention to the wrongdoings of the world’s largest food and beverage companies, who have a lot to lose in our increasingly conscientious world. In a survey by Cone Communications, nine of ten consumers said that they would boycott brands that partake in “irresponsible behavior” and this trend has been depicted within the brand preferences of consumers within the last year.

As a result of Oxfam’s efforts, Coca-Cola has agreed to address the main issue of Oxfam’s report entitled, “Nothing Sweet About It.” The report highlights the tendency of the world’s largest sugar supply chains to “land grab.” These sugar companies are forcing poor communities across the globe off their land without just compensation or prior consultation in order to gain more land for sugar plantations. In order to tackle this issue, Coca-Cola has committed to disclose the top three countries and suppliers of its cane sugar conduct, publish human rights assessments and engage with suppliers in order to ensure that the community’s concerns are attended to.

Nestle, another large food and beverage provider, has also addressed Oxfam’s complaints regarding women in the cocoa supply chain. Often times, women in third world nations farm the cocoa that is consumed across the globe; however, they never receive any compensation or income for their work. Nestle has agreed to explore how the company can more positively affect women by incorporating gender indicators into the company’s framework and supporting women’s farmer associations.

The efforts by the aforementioned companies depicts how the food and beverage industries have become more socially conscientious; however, many other large businesses have yet to respond to Oxfam’s urges. By utilizing social media and contacting the companies listed on Oxfam’s Behind The Brands proposal, we can encourage social responsibility and help farmers all across the globe.