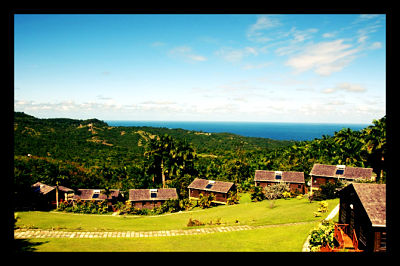 On September 30, the Barbados Minister for Foreign Affairs and Foreign Trade, Maxine Pamela Ometa McClean, made a statement at the United Nations (UN) General Assembly highlighting the small Caribbean nation’s quest for a green economy. She told the Assembly that adopting a policy of sustainable development will be a means of survival for Barbados.

A partner with the United Nations Environment Program (UNEP), Barbados has created a National Strategic Plan (NSP), in which one of the goals is “building a green economy, strengthening the physical infrastructure and preserving the environment.”

Set to end in 2025, the plan has already led to progress – by 2012, the Barbados government committed to generating 30 percent of the island’s electricity supply from renewable energy. The NSP also seeks to correct Barbados’s reliance on imported fossil fuels. By 2025, the government hopes to increase Barbados’s renewable energy supply by doubling the use of solar water heaters.

According to Prime Minister Freundel Stuart, “The green economy debate recognizes our structural vulnerabilities, offers a model to assist us in further realizing our sustainable development aspirations and creates the institutional platform that would enable us to participate in innovative partnerships in the fight to save our planet, against mounting unsustainable consumption and production patterns.”

However, at the Generaly Assembly, McClean made it clear that there is still work that needs to be done. As a “small island developing state” (SIDS),  debt sustainability and poverty are also important issues that Barbados must address before sustainable development can be achieved. SIDS nations have all made less progress than any other group on the UN Millenium Development Goals. Additionally, the high price of imported fossil fuels affects Barbados’s and other island nations’ financial stability.

To remedy these problems, McClean called for more recognition of and attention to the SIDS in the international community. She advocated for a special meeting specifically concentrated on these island states to discuss debt sustainability, before the Third International Conference in September 2014.