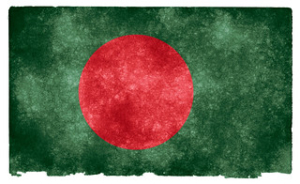 Last Tuesday, President of Bangladesh Zillur Rahman passed away in a hospital in Singapore while receiving treatment for kidney and respiratory problems. In commemoration of the late President, three days of national mourning are to take place in Bangladesh from March 21 to 23.

Since the late 1940s, Rahman had led a strong political life, having participated in the Language Movement in 1952, the Six-point Movement in 1966, and the War of Liberation in 1971. After the war, as a member of the Bangladesh Constituent Assembly, Rahman took part in forming the Constitution of Bangladesh and became the General Secretary of the Awami League. Following the assassination of Sheikh Mujibur Rahman, first president of Bangladesh and father of current Prime Minister Sheikh Hasina, in 1975, Rahman was arrested by the army junta and sentenced to four years in prison. Rahman was a close friend and personal aide of Mujibur. From 1996 to 2001, Rahman was minister in the Awami League government. Throughout his political career, Rahman has played an active role in Bengali nationalist movements and pro-democracy campaigns, and has been a strong advocate for the Awami League. In 2009, Rahman was sworn into office as 19th President of Bangladesh.

UN Secretary General Ban Ki-moon and US Secretary of State John Kerry have both expressed their condolences, commenting that Rahman was an integral part of Bangladesh’s birth as a country and transition towards democracy.

Until a new president is elected, Abdul Hamid, the parliamentary speaker, will be acting as president. Prime Minister Sheikh Hasina calls Rahman’s death “an irreparable loss to the country and its people,” describing him as a patriotic leader. Rahman’s body will be flown back to Bangladesh on Thursday.

Congressional Support for the Global Fund Does WTO’s Aid for Trade Reduce Poverty?
Scroll to top