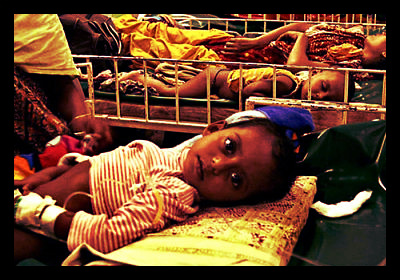 Despite being one of the world’s poorest countries, Bangladesh has kept infant mortality down, life expectancy up, and good disease control over the past 40 years.

In the country, life expectancy has increased to 68.3 years, surpassing India and Pakistan at 67 and 66 years, respectively. Since 1980, the rate of women dying in childbirth has dropped by 75%, while infant mortality has dropped by more than 50% in the past 20 years. The country has been described as one of the “great mysteries of global health.”

“Over the past 40 years, Bangladesh has outperformed its Asian neighbors, convincingly defying the expert view that reducing poverty and increasing health resources are the key drivers of better population health,” said Professor Mushtaque Chowdhury from Dhaka’s BRAC University. Chowdhury’s team says that although Bangladesh has low health spending, its health system, which allows private and public sectors and non-governmental organization to work together, is what has led to the success.

A huge example of health success in the country is the battle that it has won against tuberculosis. As one of the developing world’s most common diseases, India still continues to struggle with this hard to cure disease.

However, researchers say that poverty and other problems that come with rapid urbanization, such an increasing vulnerability to climate change and an upsurge in chronic, non-communicable diseases, may lead to a darker future for the “remarkable success story” that is now Bangladesh.

“The stark reality is that the prevalence of malnutrition in Bangladesh is among the highest in the world. Nearly half of children have chronic malnutrition. Moreover, over a third of the population (more than 47 million) live below the poverty line, and income inequality is widening,” said Abbas Bhuiya, a professor at Dhaka’s International Centre for Diarrheal Disease Research.

Despite the success that Bangladesh has already accomplished, especially within the health sector, there is still a long road ahead in the fight against poverty that the country faces.

Imagine There’s No Hunger Campaign Can This Straw Save the World?
Scroll to top