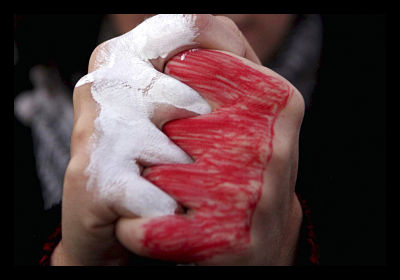 In order to mark the three-year anniversary of failed attempts to bring about democratic change in Bahrain, tens of thousands of people demonstrated peacefully on February 15. The al-Wefaq party, a Shia opposition group in support of democratic change, organized the Bahrain protests.

Although the majority of Bahrainis are Shia Muslims, a minority of Sunni Muslims rules the small island in the Persian Gulf. Thousands of Shi’as gathered to call for peaceful democratic change, political reform and the release of political prisoners. The King of Bahrain, Shaikh Hamad bin Isa Al Khalifa, has refused to concede to the demands for political change by the Shi’ites.

In 2011, Bahraini authorities brutally crushed protests inspired by the Arab Spring with the help of Saudi Arabia. The monarchy and the Saudis view Shi’a demands for change as Iranian subversion, and its tactics in dispersing protesters and not listening to citizens’ demands have caused tension between the United States and Bahrain, which hosts the Fifth Fleet of the United States Navy.

The Bahrain protests were largely peaceful, with limited clashes between the police and the demonstrators in smaller rural villages. The Interior Ministry claimed that there had been unprovoked attacks on police officers by groups who detonated two bombs and used guerilla-like homemade weapons against the officers. On February 14, one policeman died in a bomb blast, three were wounded and 26 arrests were made.

Concern has been growing over the treatment of Shi’a Bahrainis; there is a fear that they will resort to increasingly violent means of demonstrating their discontent unless a legitimate political solution is arrived at soon. Shi’as claim the current government does little to adequately address their concerns and that discrimination against their religious affiliation is rife.

Although a third-round of dialogue between the ruling family and the opposition has started, the opposition group has boycotted the dialogue for the past four months over incitement charges of two of its leaders brought by the monarchy against the opposition. Royal Court Minister Sheikh Khaled bin Ahmed al-Khalifa has met with opposition leaders informally, but a more formal arrangement has yet to be made, and progress seems far away.