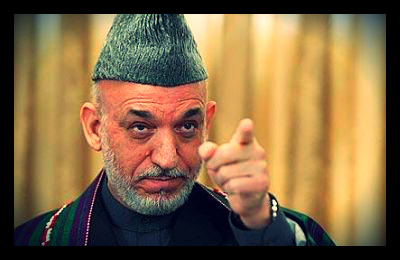 On February 2, 2014, Afghanistan’s 11 presidential candidates kicked off their campaigns with a number of rallies held in the nation’s capital. By giving Afghans the right to choose their leaders, this election, set for April 5, will mark the country’s transition to democracy.

Yet, hope for the future is not without its baggage.

At the same time, as the Afghan elections come to fruition, US led coalition forces will withdraw from more than a decade of war against Taliban insurgency. The Taliban, however, continues to instill fear in the lives of innocent individuals. Just the day before campaigns began, two men working for the former foreign minister and presidential candidate, Abdullah Abdullah, were murdered in Herat’s Western province.

Though the Taliban have not claimed responsibility, which would be unusual for them, the assassinations have caused quite a bit of apprehension in regard to safety and security during election times.

Hamid Karzai’s possible ties to the Taliban add to this fear.

Recently, discovered secret contacts between the Afghan President and the fundamentalist Islam political movement explain acts of dubious makeup contrary to U.S. and Western efforts. Mr. Karzai has repeatedly refused to sign a security agreement with Washington, which would allow the U.S. military to operate against the Taliban and possible terrorists, and has instead pawned the discussion off on his future successor.

Likewise, he has both persevered to release Taliban militants from prison and spread perverted information of American war crimes. United States officials are consequently unsure of their ability to maintain security with the government.

The Taliban, in an effort to express their rejection of the April 5 election, have increased attacks in the capital. One embassy stated that the number of monthly attacks are at their highest since 2008, likely due to the impending presidential elections.

A secure voting environment is key to Afghanistan’s progress in a democratic election process. Anxiety about the safety of the polls could prevent some citizens from showing up to vote, thus diminishing the legitimacy of the election as a whole. And when Hamid Karzai’s brother, Qayum Karzai, as well as Abdul Rassoul Sayyaf, a former Islamist warlord, are included among the election’s candidates, voter turnout is of the utmost importance.

The 11 candidates take on a sizeable burden in their run for the presidency. Not only do they face possible life-threatening attacks by the Taliban, they also are agreeing to take on the load of a war-torn country wrought with corruption. Their promises of socioeconomic development and improved relations with the Western world bring hope to citizens looking for change.

Through global acknowledgement of the importance of this impending election, perhaps a peaceful and successful future will be in sight for Afghanistan’s vulnerable citizens.